What To Think About Disgraced Parkland Guard Scot Peterson 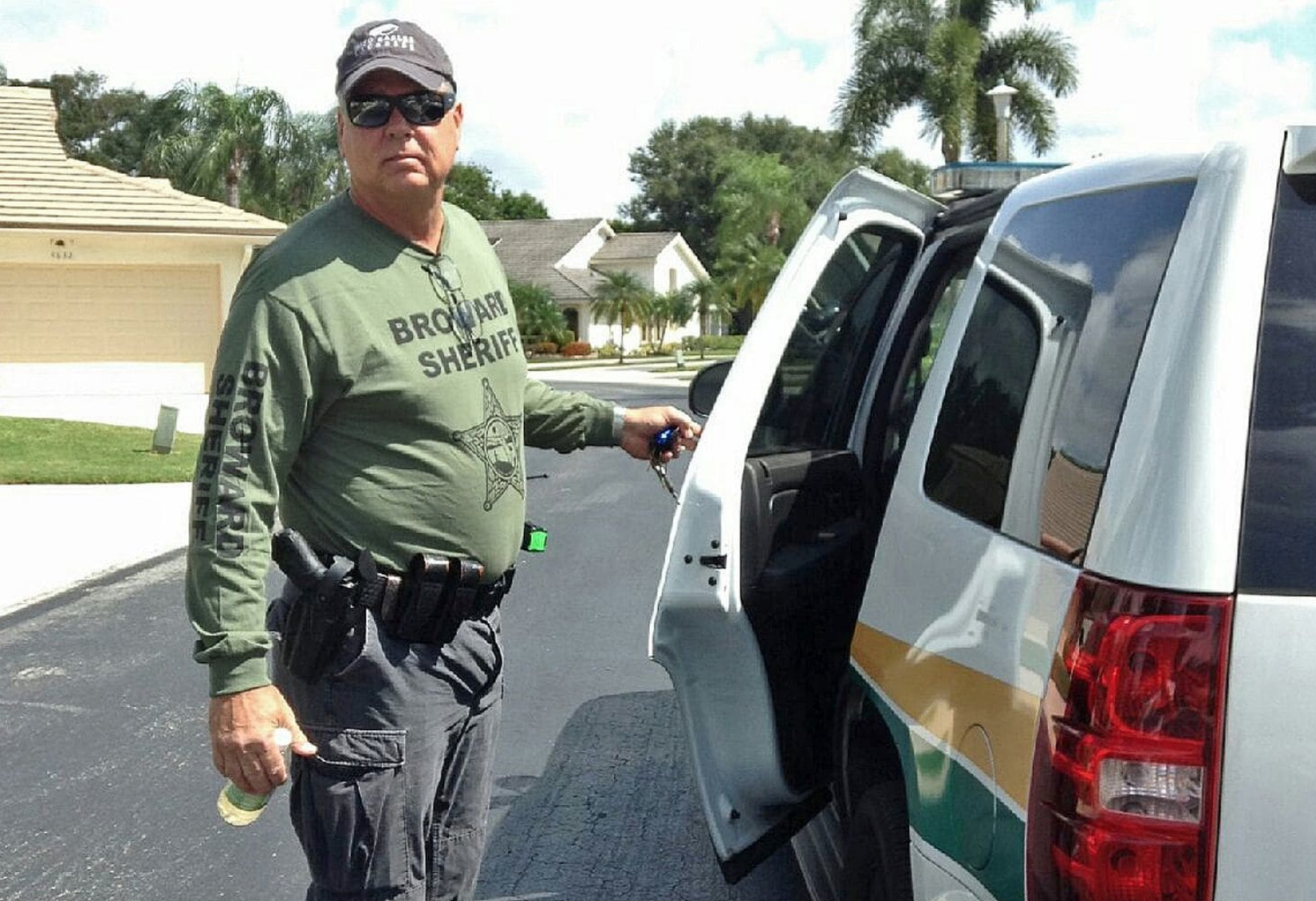 The Beetle Bailey of the Florida sheriff's deputy world, Scot Peterson, is speaking out after becoming a pariah following his apparent inaction during the Parkland shooting massacre that left seventeen people dead. He was the guard for Stoneman Douglas High School in Broward County, FL, and security footage taken during the shooting shows Peterson puttering around on his golf cart as shooter Nikolas Cruz guns down both students and adults. As you probably already know, President Trump immediately condemned Peterson via Twitter, and pretty much all of the country joined in on publically castrating Peterson for his lack of bravery. He's even been labeled The Coward of Broward. Ouch. Kids can be cruel.

But does Peterson deserve the Cowardly Lion's share of the blame? He certainly doesn't think so, and after exiting his post, opened up yesterday about the incident to Today. Peterson claims that while he didn't do anything, he thought he was doing something. And I think we all know that it's the thought that counts:

I didn't get it right. But it wasn't because of some, 'Oh, I don't want to go into that building. Oh, I don't want to face somebody in there.' It wasn't like that at all. Those are my kids in there. I never would have sat there and let my kids get slaughtered. Never. [The victims' families] need to know the truth of what I did and not that false narrative that Sheriff Scott Israel gave.

As we approach near the building I hear two to three loud shots. I immediately stop and I'm thinking to myself, 'Oh my God, I hear shots outside.' I went right to my [police] radio. I screamed, 'Shots fired.' I then went to the school radio and I said, 'Put the schools in lockdown.' I'm yelling at the security specialist, 'Get out of here. Get out of here.' Because I thought the shots were outside and I didn't want him standing out there.

And immediately I went and took a position of cover over by the 700 building, because that's what we're trained [to do]. It haunts me that I didn't know. I was trying to do the best I could with no information or intel at the time. ... And it was just something happening so fast.

On the one hand, seamlessly and successfully navigating one of the most shocking and stressful situations that a person could possibly encounter seems challenging, to say the least. How would we fare in that situation? Probably not much better. On the other hand, protecting students was kind of like, Peterson's main job. After a decade of working at Stoneman Douglas, it might have behooved Peterson to give his job description a once over. 1) Make sure students don't die. 2) Literally nothing else. You and I don't have to play the "what would I have done?" game, because we didn't sign up for the job. On the other other hand, maybe school officials shouldn't put fifty-five-year-olds with all the imposing nature of Paul Blart: Mall Cop in charge of hundreds of kids. Was Peterson going to magically display all the quick-wit, lightning reflexes, and agility of a player in Call of Duty? Probably not.

Of course Parkland parents aren't having Peterson's apology, and are, like their children, making it very difficult to root for them with their reactions. Victim Jaime Guttenberg's father said in response:

I'm tired of him trying to paint himself as the victim. He is not a victim. He created victims. He keeps referring to them as his kids. They are not your kids, Scot Peterson! You let them die!

You sent your kid to a public school in Florida. Her odds were never great. I honestly don't blame the nation for channeling its anger towards someone who very well may deserve it. Especially knowing that Peterson's annual pension is around $100,000. Salt on the wound. An overhauling of school officer hiring and training practices seems in order. But the Petersons of the world wouldn't need chastising if the Nikolas Cruz's of the world didn't exist. And they do. And they have assault rifles. We can say that all of this could have been avoided if Peterson reacted differently during the shooting. But that won't stop the next Cruz from unleashing his madness on an unsuspecting crowd (and probably rusty glorified security guard who spends his work hours fine-tuning his Candy Crush prowess rather than his emergency response tactics.) Whether that be in a year from the writing of this post, a month, or five minutes.

Guess the Swim Suit and Other Fine Things!

The Horoscope Themed CR Fashion Book is Out