What Dua Lipa Wears in a Week!

Dua Lipa has been a very busy girl for the last year or so, she dropped her album Future Nostalgia, which should have had her on a worldwide tour that was cancelled due to the pandemic. Instead of a tour, Dua went out and socially distanced at different talk shows, performed a various virtual events and is now getting ready to perform at this year's Grammy's.

Vogue caught up with Dua to talk about her upcoming gig and what she finds herself wearing in a typical week filled with campaigns and Grammy rehearsals. Apparently she only drinks Evian before hitting the stage which makes sense because she's a paid ambassador for the brand.

Like many of us, the singer admitted that it's been easy for her to just wear sweats everyday as she does promo from her couch, but that she's made an effort to change that.

“I spent the majority of my time in sweats. I’ve done so much work and promo from my sofa, so I was like ‘I will try to make myself look nice, it was about creating a routine, getting up, getting yourself ready, and feeling like it is a normal day, as it is easy to get stuck wearing sweats all day.” 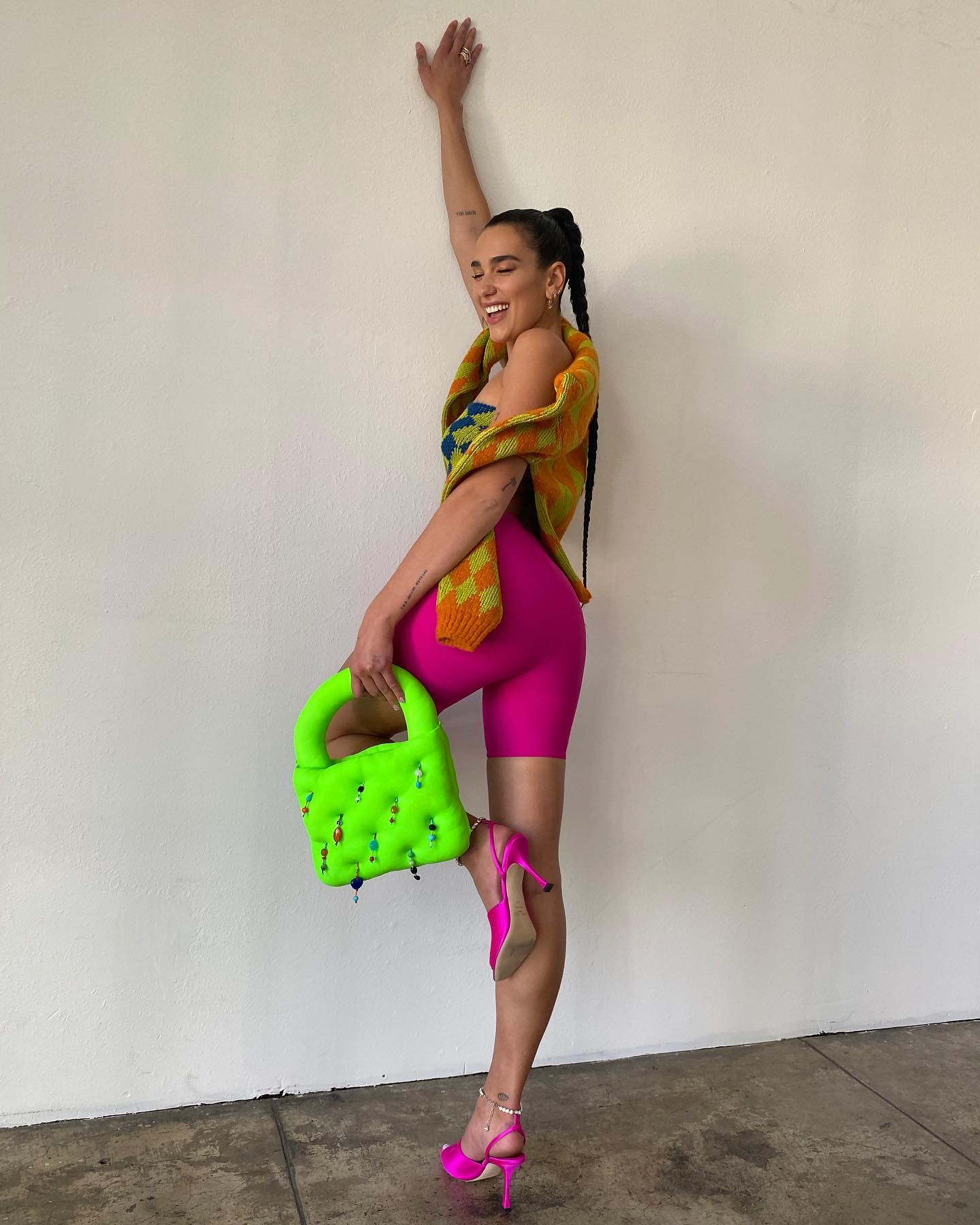