The real scoop with this story is that it didn't happen in Florida or Ohio. Score one for those states. Ten kids between the ages of four-months and twelve-years-old were found physically abused and living in a house in California that probably looks similar to Miley Cyrus' hippie commune with Liam Hemsworth. It's fucking disgusting. The kids were living surrounded by animal crap and rotten food and the parents of the year, Ina Rogers and Jonathan Allen, were arrested and arraigned on "seven felony torture charges and nine counts of felony child abuse" on Monday May 14th. Fairfield Police Lt. Greg Hurlbut said:

The children described incidents of intentional abuse, resulting in puncture wounds, burns, bruising and injuries consistent with being shot with a pellet gun or a BB gun.

Both parents claim that they were actually setting up their ten kids for success and that the house is actually immaculate, with the mother stating:

Not one of my kids even has a cavity. My husband is an amazing person. I am an amazing mother... Anybody who knows me personally knows...this is out of my character...all these allegations are ludicrous.

She also addressed her kids with:

We love you so much. I can't talk to you right now but babies, if you see this, your mommy loves you. Every day I am working for you, OK?

Now go get mommy the BB gun. Need some target practice. I would seriously never want to judge people by the way they look, because that would be wrong and closed-minded obviously: 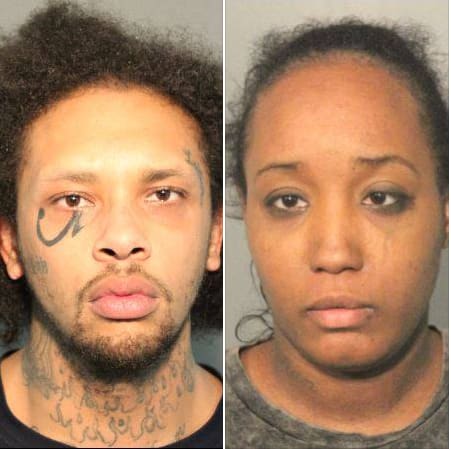 Who could have seen this coming. Murder Face and Dead Eyes. I think they should have ten more kids. While these stories are unfortunately a dime a dozen - can I get an amen Florida and Ohio peeps - we don't always have video of the house of horror in question. Thankfully this time we do, and it does not disappoint. I only become a religious man when I experience turbulence on a flight or when I want someone to go to "H" "E" double hockey sticks, and these two parents can scuttle on down to whatever circle of hell requires you to listen to Katy Perry's Witness album on repeat. Pre-autotune.

I have this horrible bitch of a friend who once said our water supply should be laced with some sort of infertility drug, and that only after people prove to be fit for parenthood can they have the antidote. She probably ripped this from a dystopian 70's movie. But whatever the case, dystopian idea... or... utopian? You decide...