If you're looking to cross your favorite inbred racist Fentanyl-addicted Tennessee cousin off your Christmas shopping list, then look no further than Trumpy Bear - a, thanks to a viral commercial, popular plush toy resembling President Trump with an American flag blanket shoved down its spinal cord and accessible via zipper. I always joke about being raised in a meth den in Appalachia, but I, hand to God, really did work with a woman whose cousin became paralyzed from the neck down after drinking moonshine distilled in an old car radiator. He would like Trumpy Bear.

The bizarre viral commercial for Trumpy Bear left many wondering if it's simply some hilar John Oliver bit. But everyone's sleuthing online points to Trumpy Bear being real and created in earnest. You can buy it at Walmart for $56.85, or from the Trumpy Bear website for two easy payments of $19.95. Man. Nothing makes me nostalgic for Appalachia like splitting something under $40 into multiple payments. Smoking indoors. Cockfighting. Foldable card tables as dinner tables. And now Trumpy Bear. I'm not crying you are.

Trumpy bear comes from the company Exceptional Products Inc., which is based in Dallas, TX. Texas might as well be Mexico as far as Appalachians are concerned, but evidently they still uphold the same values as we do  - the ones that would allow Trumpy Bear to exist. While the Trumpy Bear website does not divulge the product's manufacturing origins, the tag - a picture of which has been circulating on Twitter - reveals that it's made in China. As people I know who would purchase Trumpy Bear are illiterate, they might not realize that the steep price tag could be a result of the tariffs implemented by the plush Trumpian visage they seek to acquire. Ironic. Or something. Do you guys think this is a prank, or an actual ode to our president? Until we find out, let's all raise a glass of radiator moonshine to Trumpy Bear. 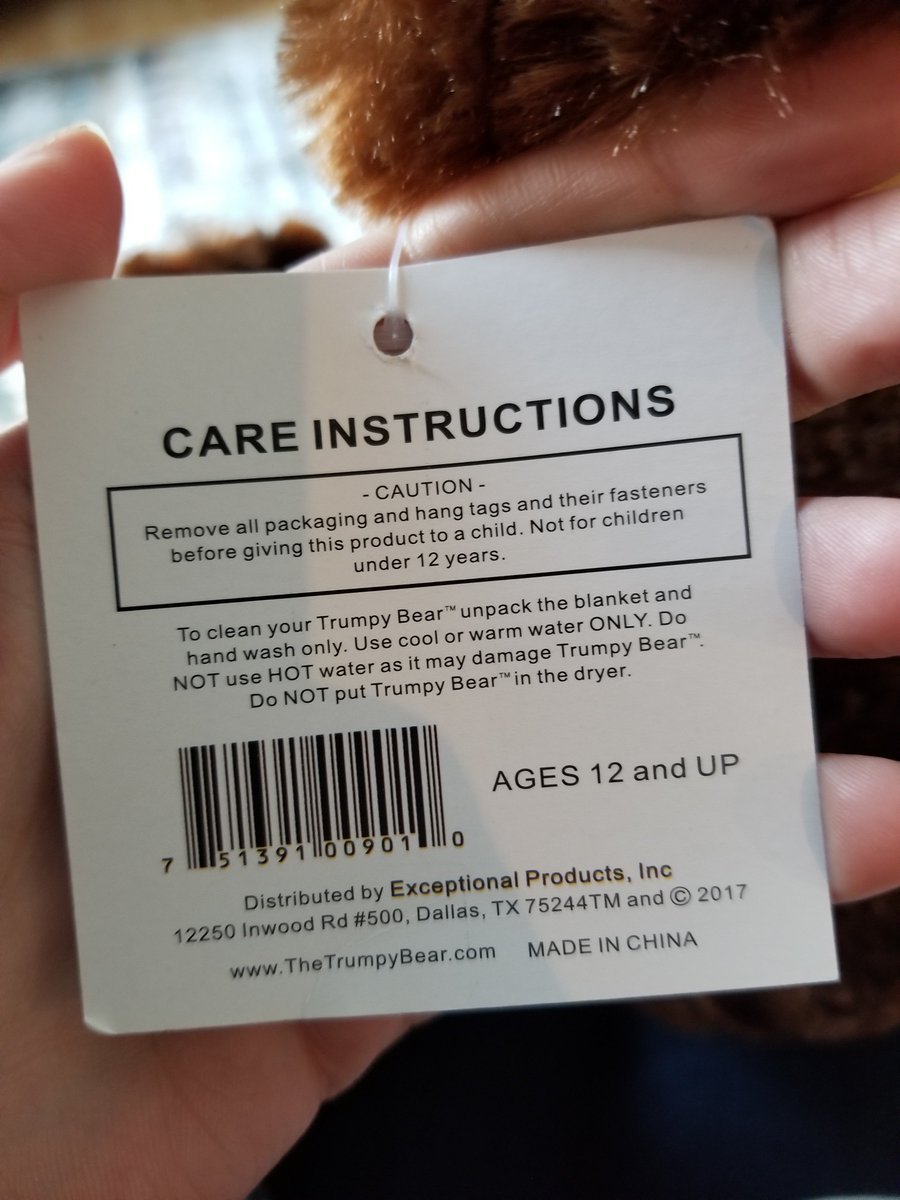