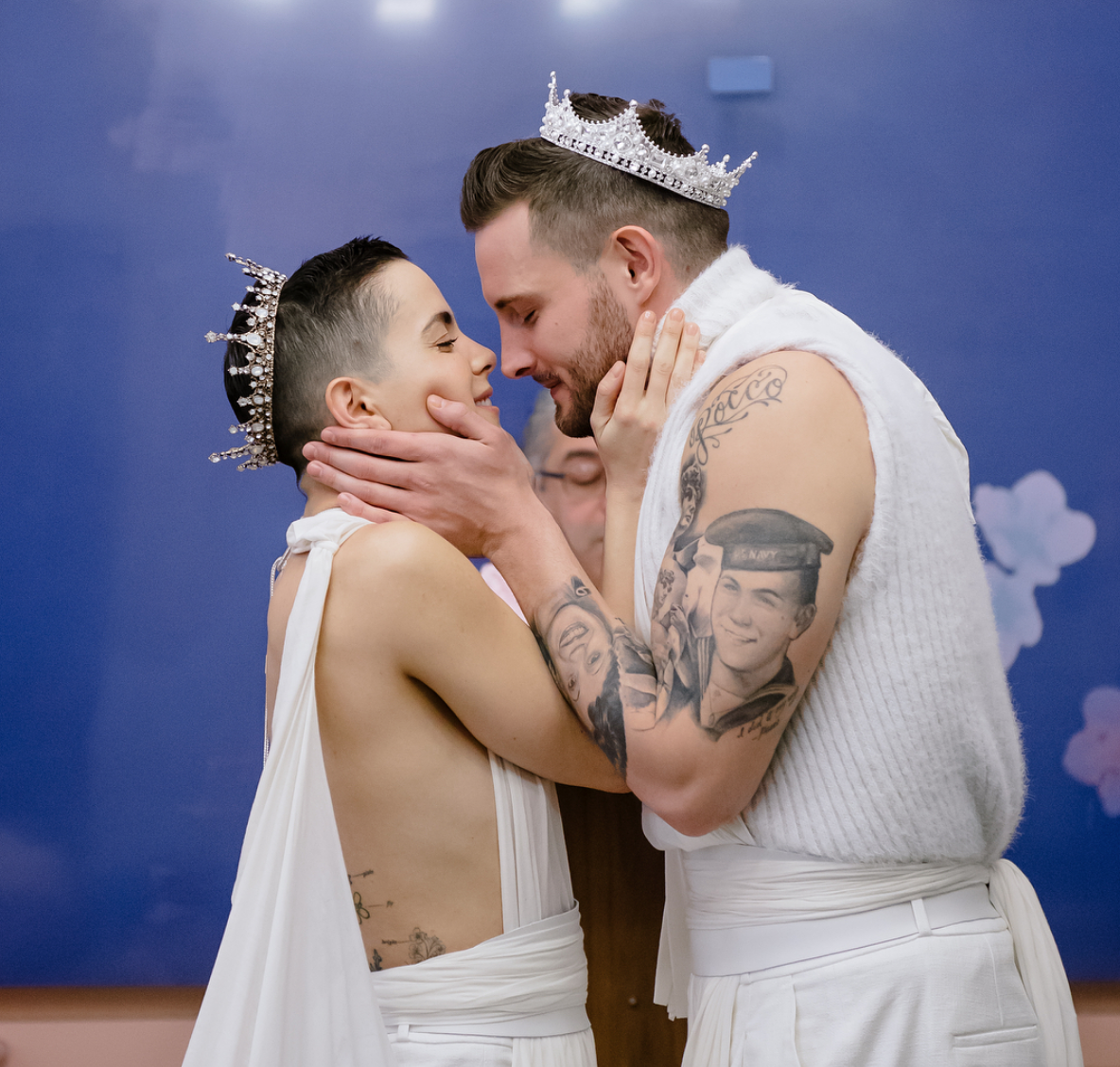 There was once a time when in order to stand out and maintain individuality over the masses, people would dress differently, maybe get some zany piercings, or simply just be interesting or talented. But with over seven and a half billion people on this planet making one's mark is becoming increasingly difficult, which is the only catalyst I can contribute to actor Nico Tortorella's marriage to Bethany Meyers. The star of Younger and the Times Square Sinead O'Connor impersonator recently shat all over the sanctity of marriage, and the pictures are the stuff of nightmares. From Buzzbottomfeeder:

The pair have been in a queer, polyamorous relationship for 12 years. Nico identifies as pansexual while Bethany identifies as gay.

Um, ew. What the ever loving fuck. I just can't. Bethany had this to say about their nuptials:

We’ve been lovers, we are lovers, twin flames and we will forever be. We both realize that even the ability to share this story is a privilege we have for a number of reasons. Hopefully a piece of love has jumped from these words to your field. this is our now, shared with you, and tomorrow is a future for us all.

But her one regret?:

In hindsight I wish we would have asked [the officiant angel] to use nonspecific gender titles, but so be it. this husband now had a wife, and this wife now had a husband. a bride becomes a wife and a groom becomes a husband, but what does a partner become?

Buzzfeed is hailing this as a milestone for the LGBTQABCXYZ8675309 community, but it's truly, genuinely not. This is going to be super painful for millennials, but people are born gay or straight. Boring but true. And maybe they're born pathologically narcissistic and miserable like these two. But expressing their terribleness through this affected attention whore ceremony only sets gay people back five billion years. The redneck zinger that gays once had to fight against in gaining marriage equality - If two men marry then what's to stop people from marrying chinchillas? - is almost playing out before our eyes. This marriage isn't progressive. This is a hate crime. 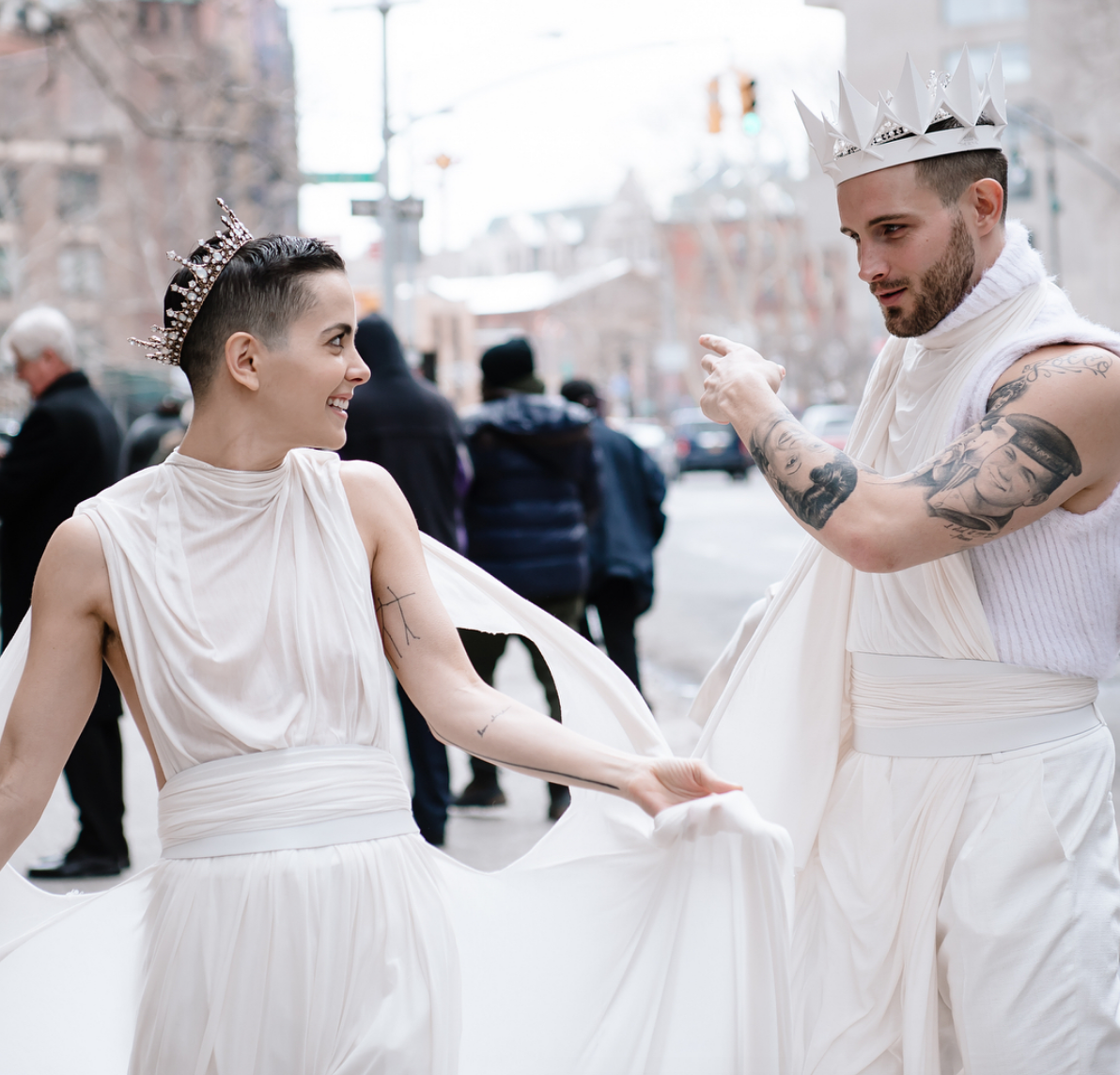 Elle Fanning VS a Turkey Leg!