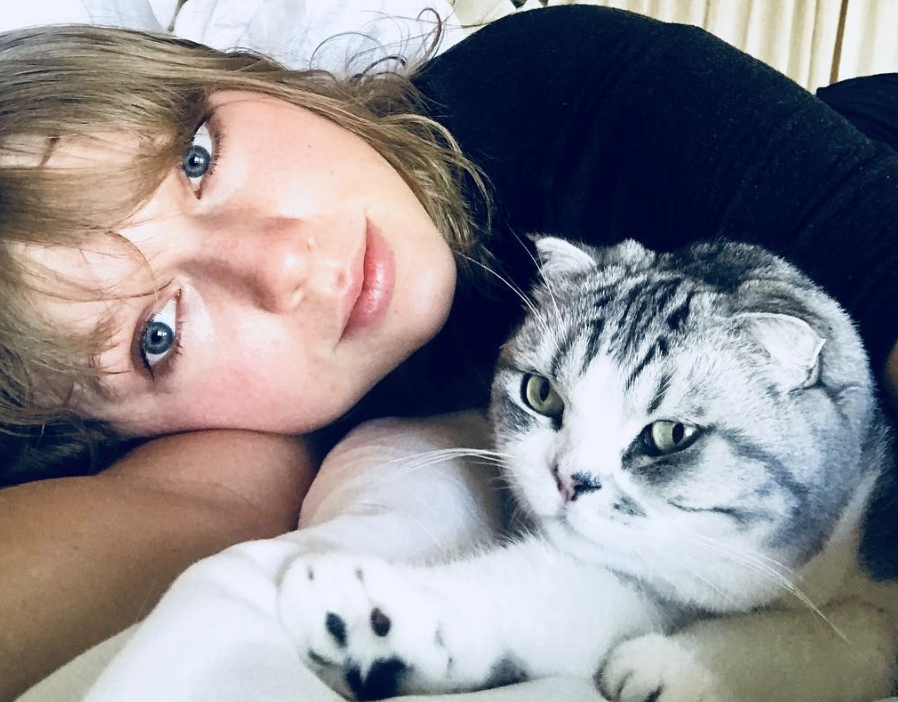 Well it's just a day full of fun isn't it. Earlier this morning we celebrated the nine-month anniversary of Lena Dunham's ovaries ending up in a landfill somewhere, and now we get to celebrate the one-year anniversary of Taylor Swift's flapjack ass grab courtroom drama. The "Desperate Aging Star Attention Grab" section of Party City must be decimated.

One year ago, Swift did her part in taking down the #MeThree! movement by diverting attention away from actual survivors of rape towards the time a DJ groped her mushy ass cheeks. He's a DJ. What did she think he would do. Cocaine and groping celebs. That's the entire DJ job description.

He sued her for defamation following the original 2013 grab allegations, and she countersued last year, and won. In the cut-throat 2017 struggle to be the most sexually assaulted celeb of them all, Swift beat out the likes of Rose McGowan and Ashley Judd to land the cover story on Time's "Silence Breakers" issue. #MeMeMeMeMeMe. During a concert last night in Tampa, FL, Swift opened up about the emotional anniversary, and as with Dunham's statement earlier today, you might want to have your shot of gasoline ready:

A year ago I was not playing in a stadium in Tampa, I was in a courtroom in Denver, Colorado. Honestly, I was there for a sexual assault case. And this day a year ago is day the jury sided in my favor and said that they believed me.

I guess I just think about all the people that weren’t believed and the people who haven’t been believed, and the people who are afraid to speak up because they think they won’t be believed. I just wanted to say I’m sorry to anyone who ever wasn’t believed because I don’t know what turn my life would have taken if somebody didn’t believe me when I said something had happened to me.

So I just wanted to say we have so much further to go, and I’m so grateful to you guys for being there for me during what was really a horrible part of my life. I wanted to thank you for just kind of… I mean I know when I meet you guys at meet-and-greets and after the shows, you guys tell me about the hard times that you’ve gone through in your lives and I really appreciate you trusting me with that information.

And you know you guys have seen me go through so many ups and downs in my life just due to the public nature of the way my life is, and I wanted to say that I’m so happy to see you and to have you and know you through the ups and the downs in my life… Sorry I just haven’t really talked about it, and so I’m just not composed at all.

This is about the level of fun I always imagined that a Taylor Swift concert would be. Happy Taylor Swift Flapjack Ass Grab Courtroom Appearance Day everyone.

Curvy Sofia Vergara Sends Me On A Rampage