Sydney Sweeney, who is arguably one of the cutest news starlets to grace the pop culture charts in this era of people not being as into celebrities as they used to be since they are busy being into themselves!

The busty and beautiful Euphoria Actress who has been working in the industry for a few years now, was not sourced from TikTok like all the other pop stars making noise. She actually worked on some notable and respectable shows and when I first heard of her, didn't even have that many instagram followers. I know, an actress working as an actress, who wasn't sourced from instagram fame, such a vintage concept! But it happened.

To make Sweeney even better, she likes to get her hand dirty by restoring the very trendy vintage Bronco. It seems like she partnered up with AUTOTRADER for this, because restorations are expensive, but I am sure she could have afforded to pay some Pimp My Ride team to it for her, but instead, she's under the chasis with her wrench out, doing it herself.

I don't know if there's much hotter than that! 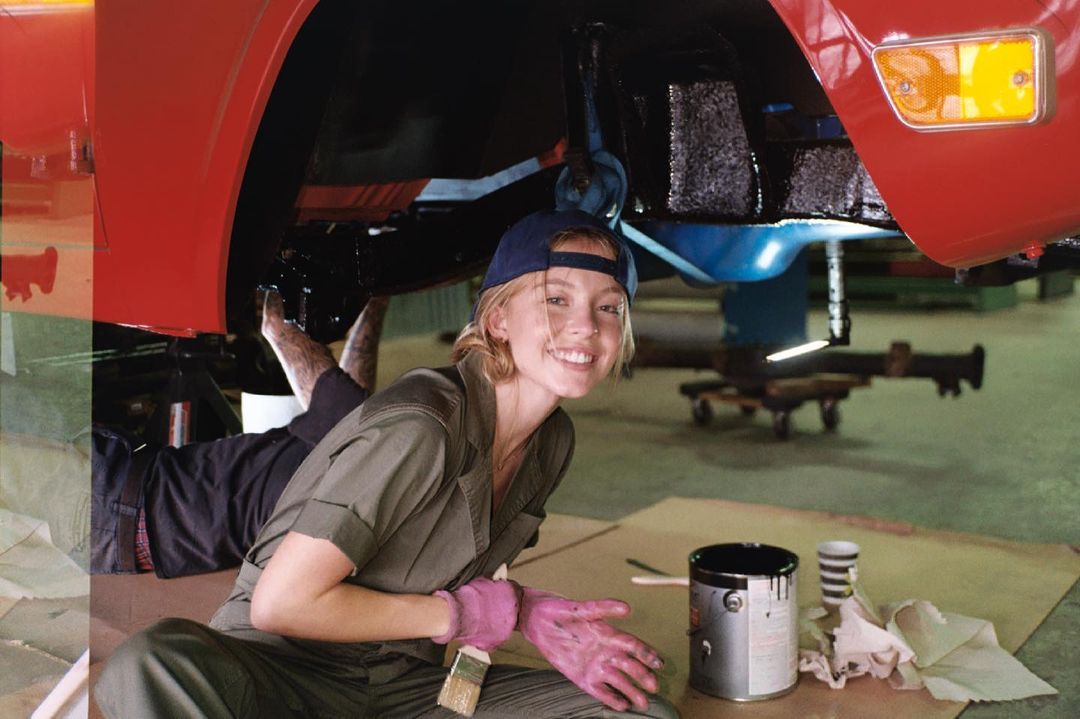 Miley Cyrus in Her Coffin!

Madelaine Petsch and Her Sunnies!