Last weekend, Sydney Sweeney made some noise she probably didn't want to make, at her mom's 60th birthday, where guests were wearing the highly contentious red baseball hat! No, it wasn't a MAGA hat, but it was a parody of a MAGA hat, which was bad enough for the internet to decide that she was MAGA and should be destroyed, even when she's not, and even if she was who cares!!

In being a Hollywood celebrity, being MAGA would be a career ending thing openly admit, which I am sure we can all agree is silly, people should believe in whatever they want and not be scared to express themselves, last I checked it's was a free country with free speech, but the era of the internet means ban every thing we don't agree with, instead of ignoring or debating it, keep everyone divided over nonsense and it makes for a very weird world to anyone paying attention!

Could you imagine, one of the most trending celebs had to call her PR team to figure out how to spin and deal with people at her mom's party wearing red hats!

Celebs of the past who had actual scandals of unwanted pregnancies, possible murders, you know the things they needed Fixers for, would be laughing, in a "you think YOU have problems, I used to walk 600 miles to school in the snow everyday, oh and I got a hooker pregnant, so I had her killed and we covered it up, because I am rich and famous!"

Cleary, Sydney Sweeney's mom's guests and their MAGA novelty hats that weren't MAGA hats but MAGA Parody hats, did not tarnish hr reputation, because earlier this week she announced her involvement in a movie adaptation of a book called "The Registration" by Madison Lawson.

The premise is basically that it is legal to murder if you register your targeted victim and kill them off within 14 days. Sweeney's character registers to kill someone who abused her, only to find out that she's been registered as a victim, and wildness ensues!

She is putting this together with Sony Pictures and Brad Fuller, who is best known for A Quiet Place! 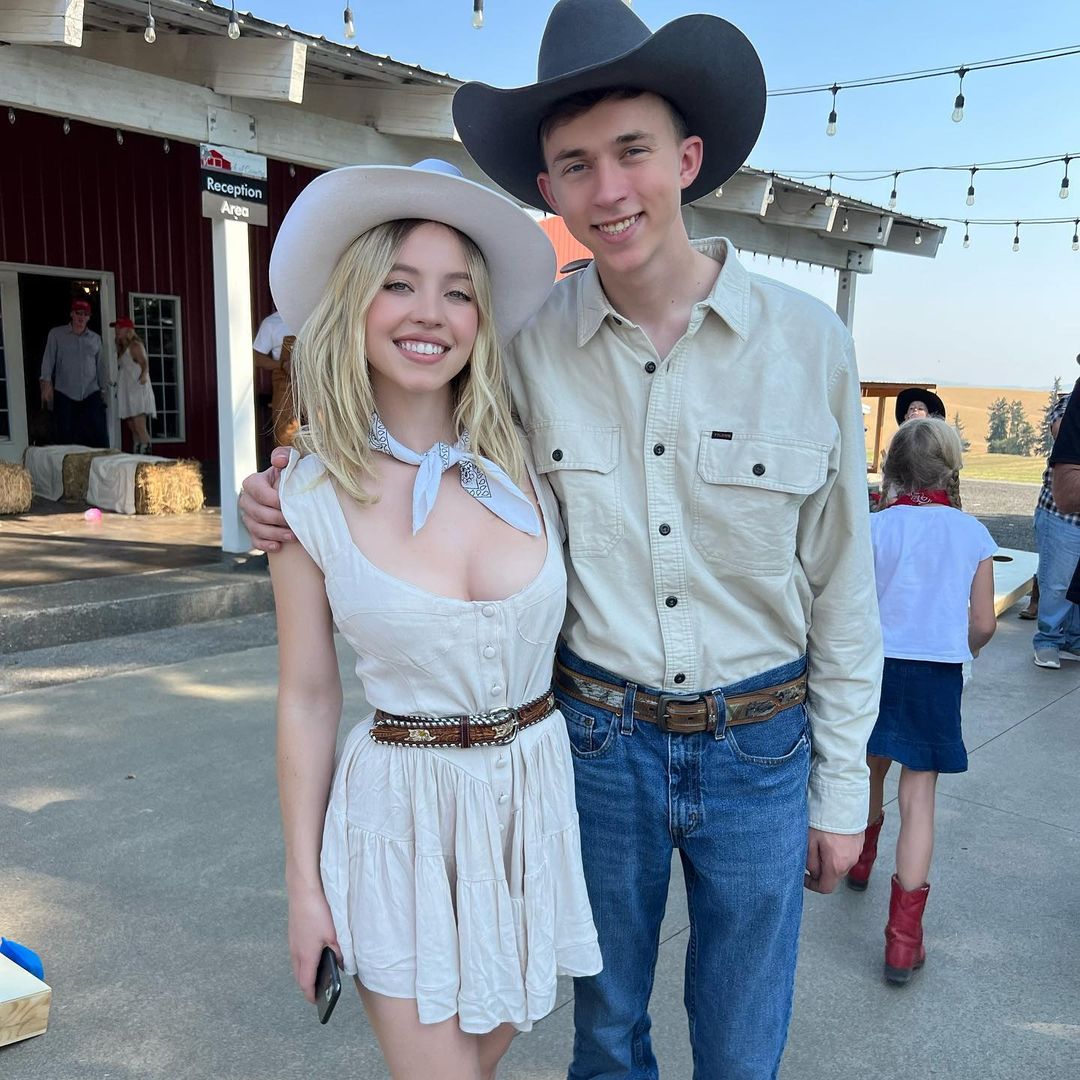 Dua Lipa in a Crop Top!

Hailee Steinfeld Innovating in The Kitchen!