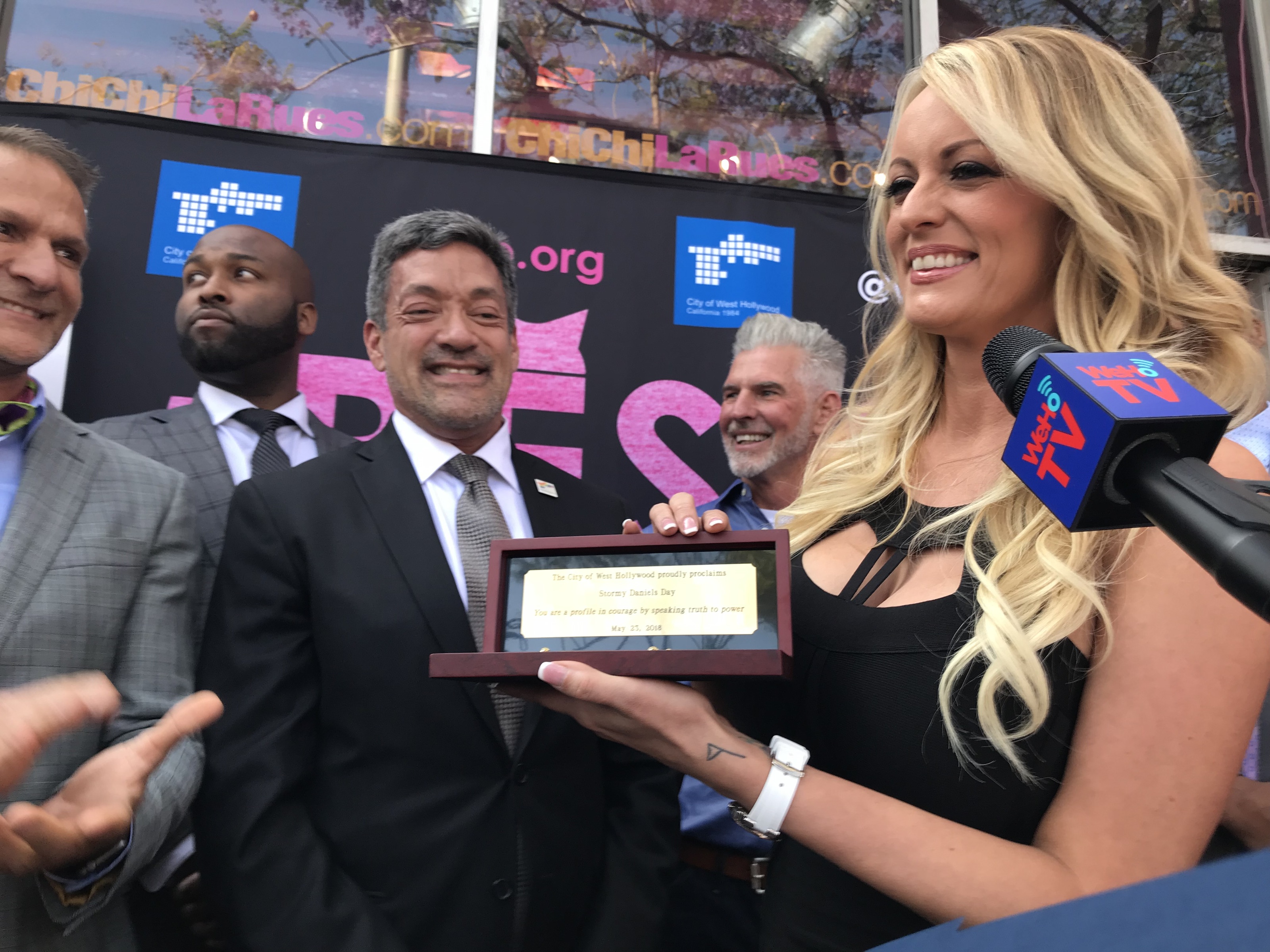 Stormy Daniels proves the important point epitomized by the Kardashians - bang as many guys as possible because you never know who's going to make it big and catapult you to stardom. To all the children reading this, write that down. To say that Daniels - a porn star and apparently also an escort - cast a wide net is an understatement. In 2006 her puss allegedly led her to Donald Trump just months after one of Daniels' co-workers pushed out his kid. Daniels might not have known at the time, but this particular alleged banging would end up being her meal ticket roughly a decade later. Not only did she allegedly receive $130,000 from Trump's lawyer to shut her trap about the rendezvous, but she has now been able to parlay her Trump takedown into an all-out media blitz. Which, has led to her being awarded the key to West Hollywood by the mayor in a ceremony that took place outside of Chi Chi LaRue's sex shop. What. Is. Happening. To. Our. Country.

West Hollywood honors Stormy Daniels with a key to the city https://t.co/9p2A8D1y0e pic.twitter.com/0mSmbZAQOx

Both Mayor John J. Duran and the feverishly supportive crowd praised Daniels for her bravery in standing up against Trump, while, as The Daily Beast reports, Daniels raked in money from merchandise sales at the event. For as completely trashy as this has all become, Daniels did carve out a career that is the most any whore could possibly hope for in her wildest dreams. Her next porn parody should be As Good As It Gets For Whores. Starring Jackoff Dickolson. Another layer of absurdity was added to the spectacle because Duran previously cost taxpayers $500,000 in settlement money after he hired a Grindr date and then coerced him into banging him. What's the point to this whole story? Again, have sex with anyone you think could possibly in any way become president or even mayor. As soon as possible because they could be right in front of you. Ready, set, blow.