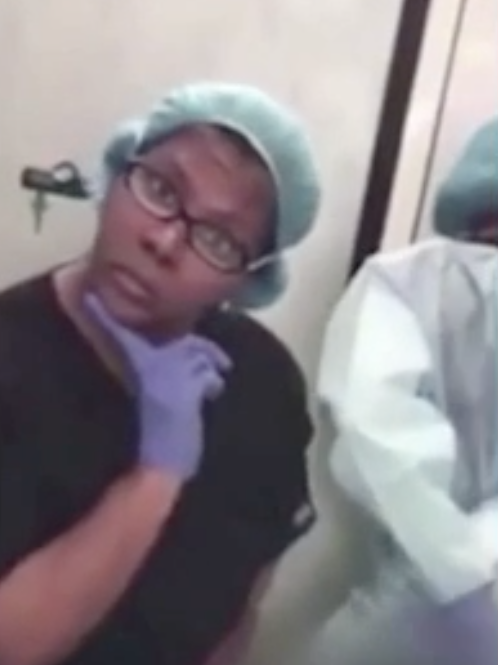 What has social media done to us? This is the question everyone should ponder while watching Logan Paul play Punk'd in Japan's Suicide Forest, Farrah Abraham's ass sliding off her body, and now, a doctor dancing while performing surgeries. The previous meandering road to stardom has been paved over with the thoroughfare called social media, which favors shock value, and fast tracks those with the least amount of morals to notoriety.

A goofy jokester surgeon by the name of Windell Davis Boutte has been sued multiple times - and according to TMZ has been forced to settle multiple times - due to malpractice allegations involving her dancing while performing surgeries. Boutte films these zany moments and uploads them to social media. And considering how numb we've become, she might have actually pulled it off if she wasn't a shitty surgeon. But, she is. And while dancing while performing on a woman named Icilma Cornelius, who was receiving a tummy tuck, Boutte danced her way into a malpractice suit by leaving the woman brain-damaged. According to TMZ:

The doc allegedly had to call an ambulance after Cornelius suffered heart failure during a tummy tuck surgery since she didn't have the proper equipment to deal with the emergency at her practice.

Before paramedics could rush her away, Boutte is accused of needing to stitch Cornelius' skin back together to avoid the infecting the wounds, delaying transport. Not only that, but the son claims her office's elevator couldn't fit the stretcher, and his mom had to be carried down.

Once at the hospital, her son says she was diagnosed with permanent brain damage, leaving her requiring lifelong care.

And now Boutte is Google-able. Sure there were some casualties, but, mission accomplished. The sanctity of life is a small price to pay for favs.