Simone Holtznagel is apparently a model who is most known for appearing on Australia's Next Top Model, which is the down under version of the Tyra Banks tv show. Simone was named the second runner up during the competition and went on to work on campaigns with brands like Guess and Playboy.

Taking that Top Model fame with her, she made it on I'm a Celebrity.. Get Me Out of Here, the Australian version. It looks like she's found her niche in the reality TV show world because this year she made it onto a show called First Dates, a show that follows two strangers who have been matched by a relationship expert and are put to the dating test.

It also seems like Simone doesn't think too highly of herself, or she's just able to have a good laugh because she shared a new video that she titled: "From trash to slightly more appealing trash" as she transitions from her sweats into a tight fitting black dress and thigh high boots! 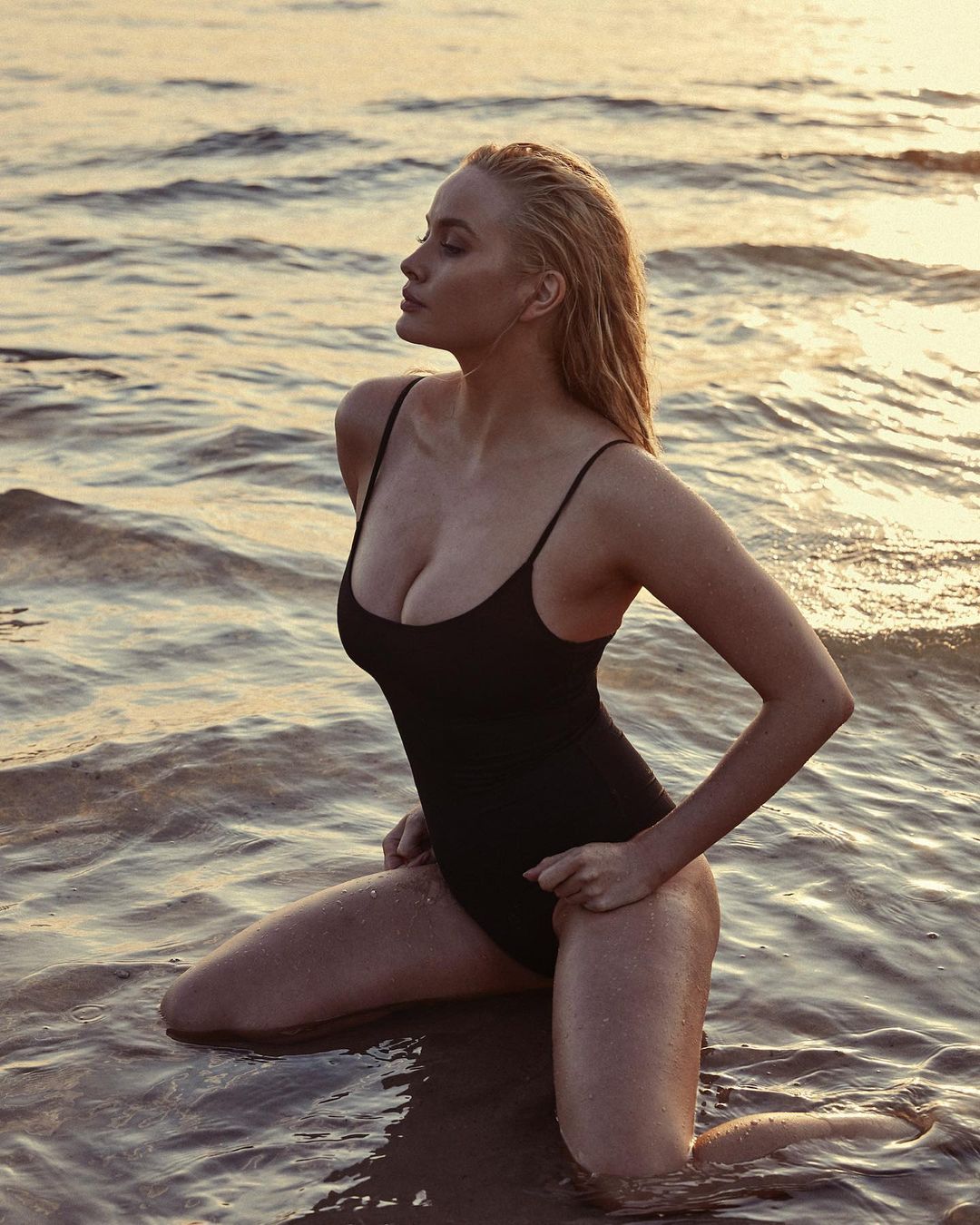