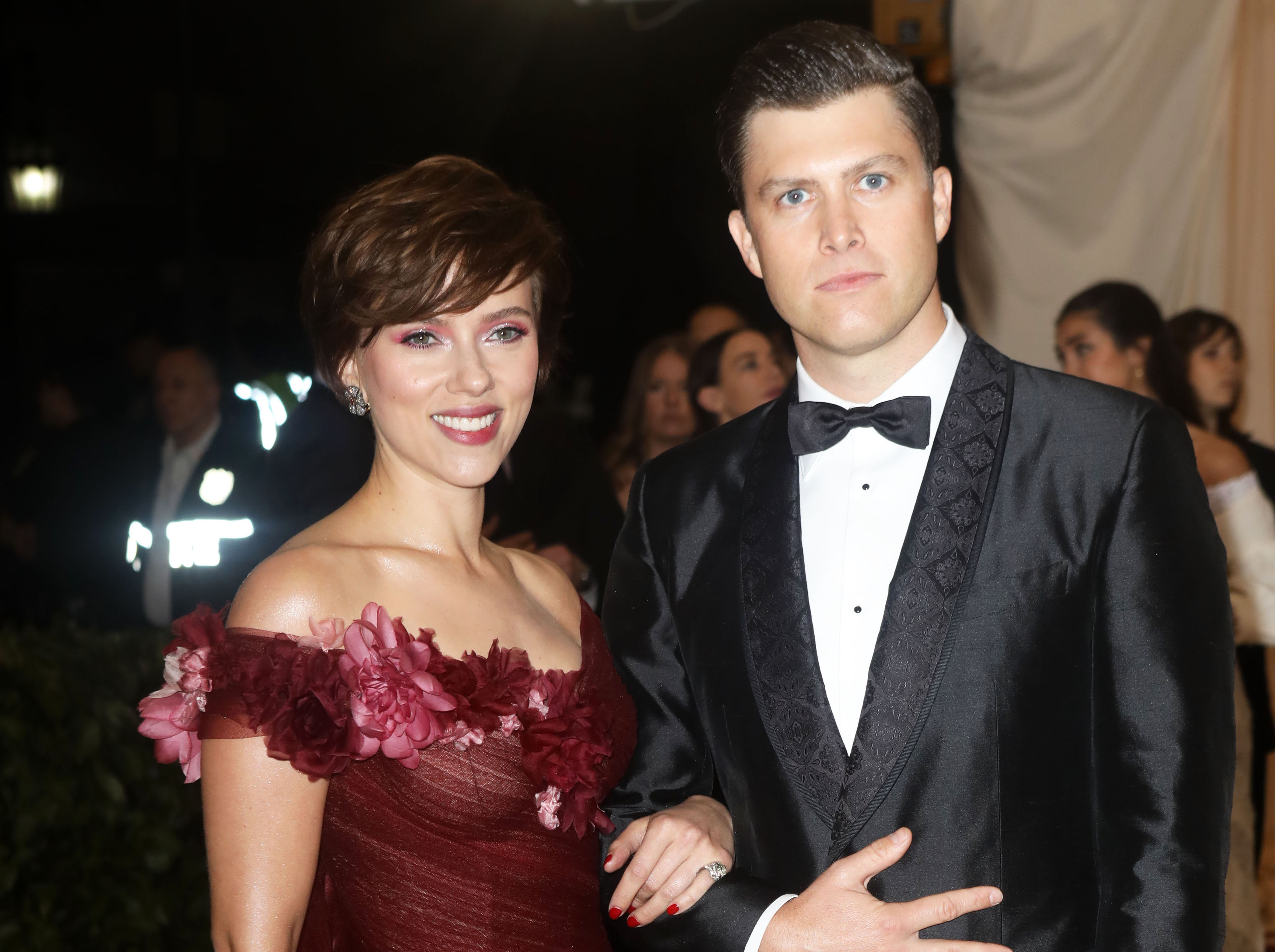 The best thing about being woke is that it's fairly noncommittal, and as long as you categorize a cat call as aggressive sexual assault and get a haircut that would make the ladies from The L Word vomit, you can get away with quite a bit. Especially playing any Oscar-bait role that comes along, regardless of if the role is a hop skip and a jump away from a white actress smearing mud on her face and singing Swing Low Sweet Chariot while balancing a watermelon on her head.

In walks the wokest in all the land, Scarlett Johansson, who has now signed on to play a trans man in a biography directed by the mastermind behind notorious alleged white-washed box office disaster Ghost in the Shell. As my co-worker said: "Yeah, they're definitely fuckin.'" When you throw in the fact that the director, Rupert Sanders, is the same guy who hooked up with parking lot tampon Kristen Stewart (or as my same knowledgeable co-worker reminded me: "He's the guy who threw his marriage in the garbage to fuck Kristen Stewart") there's a lot to unload here. And if anyone knows a thing or two about helping guys unload, it's Johansson.

You can file this under unpopular opinion, but I don't really give a shit that Johansson played the lead in Japanese anime big-screen adaptation Ghost in the Shell. Has anyone seen a Japanese anime character? Most of them are so white they make JonBenet Ramsey look like someone Madonna would adopt.

I would, however, like to know what kind of morality gymnastics Johansson had to perform in her head to think it would be woke to play a trans man. It's completely fine, but it's not the HelloGiggles-level of wokeness Johansson prides herself on. In a time when representation and elevating voices and huddled masses and all that shit is so important, the fact that any straight actor would get the green light from Hollywood liberal elite to play gay or trans is telling. Holding yourself only to convenient standards while chastising the rest of the world for their plebian ignorance. The life.

In order to generate awards season buzz in Hollywood you either have to play gay or play trans, or I guess just play anorexic bitches if you're Emma Stone, and by playing into that on the heels of PR nightmare Ghosts in the Shell, Johansson is proving that she should probably stick to portraying hypocritical opportunist director fuckers on screen. That's representation. What's really confusing to an ignorant pleb such as myself is why Johansson's announced role is garnering such widespread Twitter backlash (you can see some examples below. I know you guys like when I embed random tweets,) while straight actors Armie Hammer and Timotheé Chalamet were considered brave for sticking their tongues down each other's throats as gay characters In Call Me By Your Name. Honestly just looking for answers here. Here's what her rep had to say about the negative reactions to Johansson's casting:

Tell them that they can be directed to Jeffrey Tambor, Jared Leto, and Felicity Huffman's reps for comment.

Joke's on her rep, because Felicity Huffman is a trans man now. The new controversial movie is called Rub and Tug (no, it's not based on Johansson's audition process) and follows the life of 1970's whorehouse owner Dante "Tex" Gill. I don't have a dog in this fight, and I wouldn't care at all had holier than thou Johansson not made our ears have blowout periods thanks to her stupid Women's March speech. Oh wait, I just rewatched it. Scratch everything. She's trans man now too. My bad.

scarlett johansson is gonna work with the ghost in the shell director AGAIN but this time she’s gonna play a trans man pic.twitter.com/G9BrZLbedF

First the Japanese, and now Scarlett Johansson is taking on the trans community with her new film Rub and Tug. I can't wait until her Rosa Parks film comes out. https://t.co/nbmoMkoNlN

How many times does Scarlett Johansson have to show us who she is before we finally believe her? https://t.co/DaVwgXsdM7