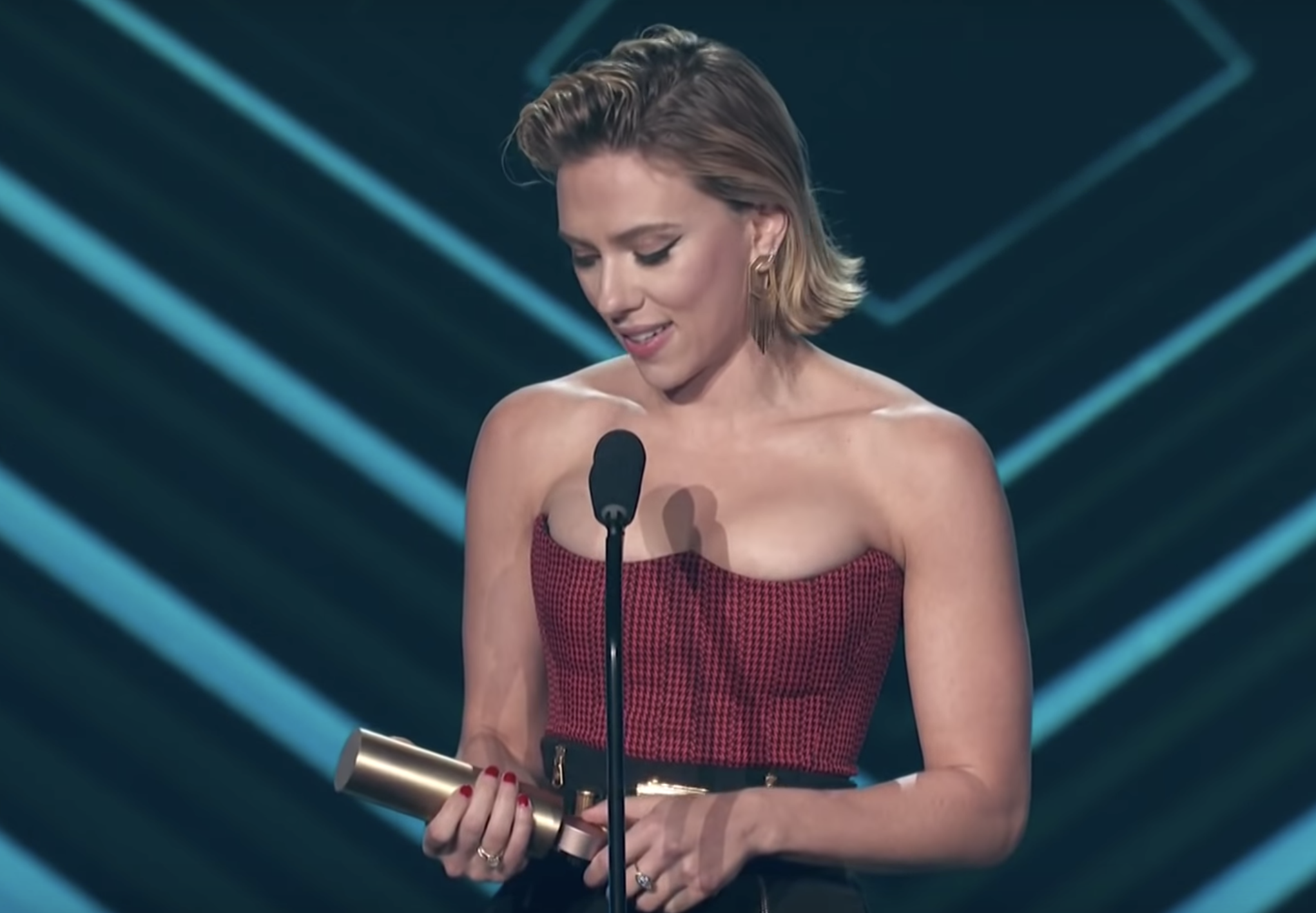 After a year of #MeToo-ing the hotness right out of herself, Scarlett Johansson is taking a stab at appealing to a larger fan base outside of sexually abused women. Instead of dedicating her coveted People's Choice Award for Female Movie Star (we'll get to that fucking laugh riot in a second) to a group that would be in line with her work over the past year - mean lesbians in crudely-knitted pink hats - she dedicated it to those serving in the armed forces:

Finally serving is all worth it. To have a formerly sexy actress dedicate her Shake Weight trophy to you during an award show that most people don't know aired last night? Proud to be an American. Where at least I know ScarJo can capitalize off of anyone for the sake of likeability. Is it working on any of you?

Johansson's award was for her role in Avengers: Infinity War, and if the Golden Globes can be bought, let's just assume that the fucking Peehole's Choice Awards can be as well. The PCA - like the Victoria's Secret Mall Lingerie Show - leaves such a gross mess in its wake that I can't fathom covering more than just one tragic detail today. Also last night, Nicki Minaj said she wanted to fuck Michael B. Jordan and half the celebs accepting awards gave mad props to the California wildfires. But I chose to cover Scarlet Johansson. Which in retrospect seems like a real damn waste of a post. Oh well. Now you're stuck with her...

Madonna Celebrates 62 With a Spliff!