Rose McGowan No Longer Identifies As A Woman 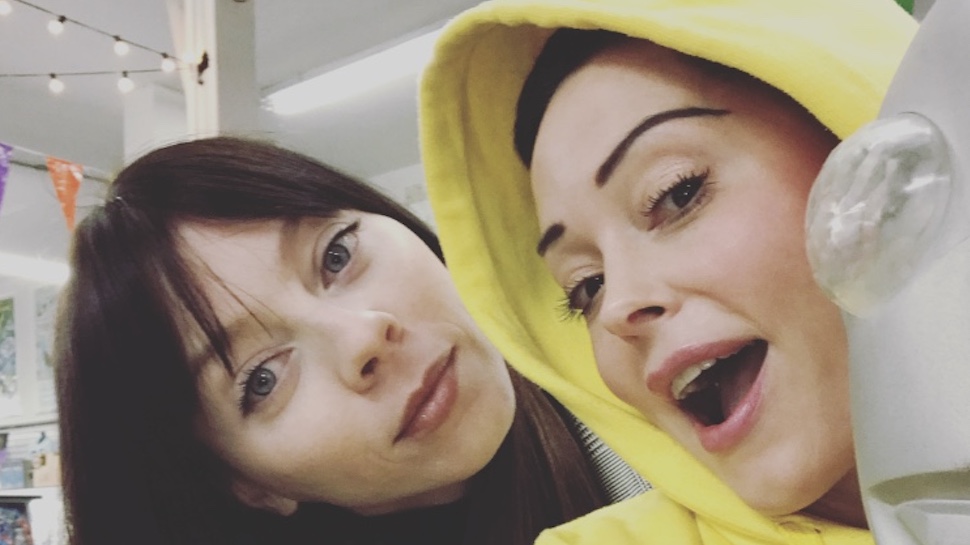 During a recent and very bizarre interview on some podcast called Love, Alexi, progressive celebrity icon Rose McGowan bravely came out as a potato. Or whatever exists halfway between being a woman and a man. Lena Dunham. So I guess a potato. McGowan is going head to head against Jennifer Lawrence for the crown of must mentally compromised celebrity, but after this interview, it's safe to say that McGowan is actually winning. Which considering Lawrence's recent behavior is really saying something. McGowan states:

[I] don’t want to be a man or a woman, I’m not. I think we’re never going to solve anything by going into the man/woman construct. Step back to humanity.

McGowan adds that she doesn't want to be:

... labeled as a woman when I don’t even know what that means.

Well McGowan, if it makes you feel any better after two more visits to the plastic surgeon's office you won't even register as a person. If you look up "spiraling the damn drain" on the Internet you'll probably find a picture of McGowan, because the woman is seriously losing her shit. It's like she has fame ho Munchausen syndrome. The rush of sympathy and media coverage she garnered for her Weinstein allegations were not sustainable, and as progressives' obsession with McGowan fades, she's doing anything to get the spotlight back on her. People don't come out as potatoes on a whim on a random podcast. She's throwing everything she can at the wall to see what sticks, and considering I could only find details about this story in the depths of the Internet, it seems like that wall might as well be coated in Teflon.