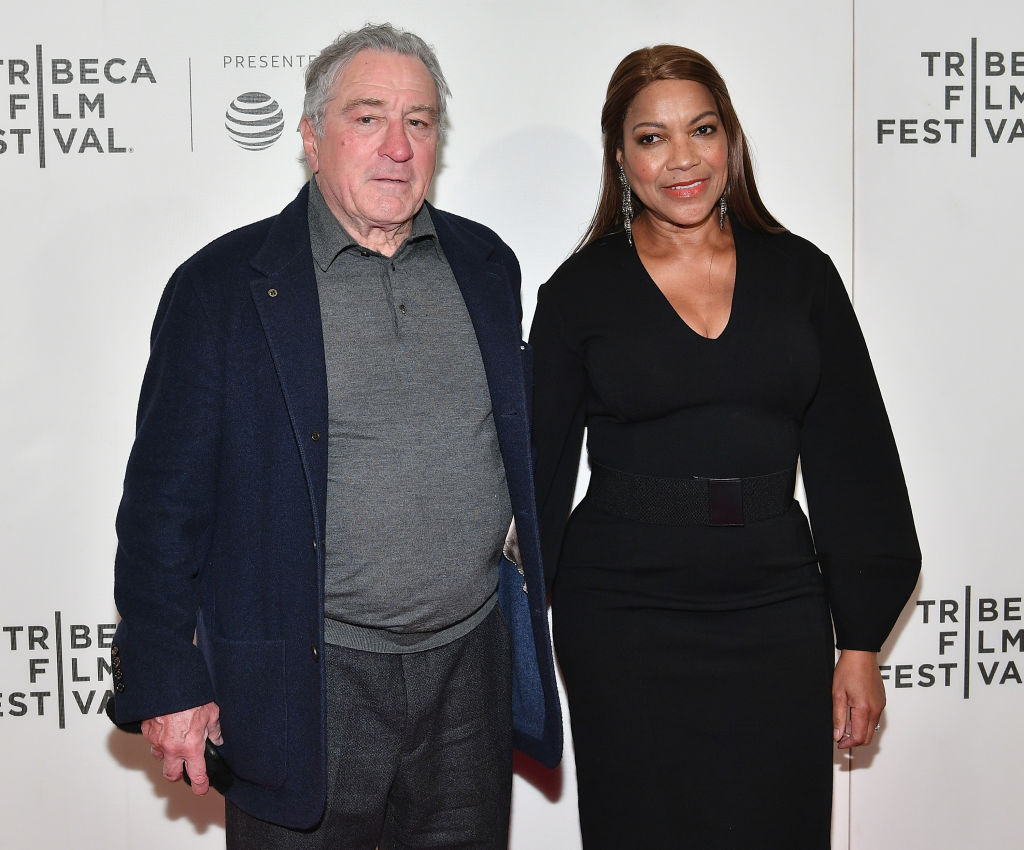 Rumors have circulated for over a year now that Robert De Niro's wife of twenty-years, Grace Hightower, is a chronic shopaholic - or oniomania if ya nasty and/or have Google. The story was that her elaborate spending was what caused De Niro to have to star in so many shitty movies over the past decade. A beloved source even told Page Six in February of 2017 that he overheard De Niro screaming to Hightower at a bar:

I wouldn’t have to keep making shitty movies if you didn’t spend all my money!

None of this was verified, but we now at least know that there was trouble in paradise, because the two have officially divorced. Whenever I see a rich famous actor not shacking up with a nineteen-year-old Instagram hooker, I automatically think, gay. Like Hugh Jackman. De Niro probably isn't gay, and might just be a decent guy who appreciates the companionship of someone born within two decades of himself. According to TMZ he actually filed for divorce in 1997, but love found a way and they stuck together.

The fact that someone in their sixties - Hightower is sixty-three - versus someone like Courtney Stodden can get away with extravagant demands means there's hope for the rest of us. I'd like a plane. I need a car. Now that you're single Robert, make shitty movies to support my spending. The word deserves, no, needs Dirty Grandpa 2. Electric Boogaloo.

Elle Fanning is Scaring Me!