It's Friday which means its time to check in on Rebecca Black, who is not only iconic but basically a national treasure. She went viral before it was something everyone was doing and even through she had a ton of hate directed at her from the internet, becoming a meme and everything.

Rebecca kept her head up and became a strong, sexy and powerful artist now 10 years after Friday first came out. She remained in the game long enough to see everyone copy her, sort of like the female Soulja Boy.

The singer performed her newest song Girlfriend at the 32nd Annual GLAAD Media Awards this month. Rebecca came out as bisexual a few years ago and has become sort of a queer icon so it makes sense to have her sing about her girlfriend at the GLAAD awards in a super sexy nude corset and bedazzled fishnets. See some highlights and watch the full virtual performance below! 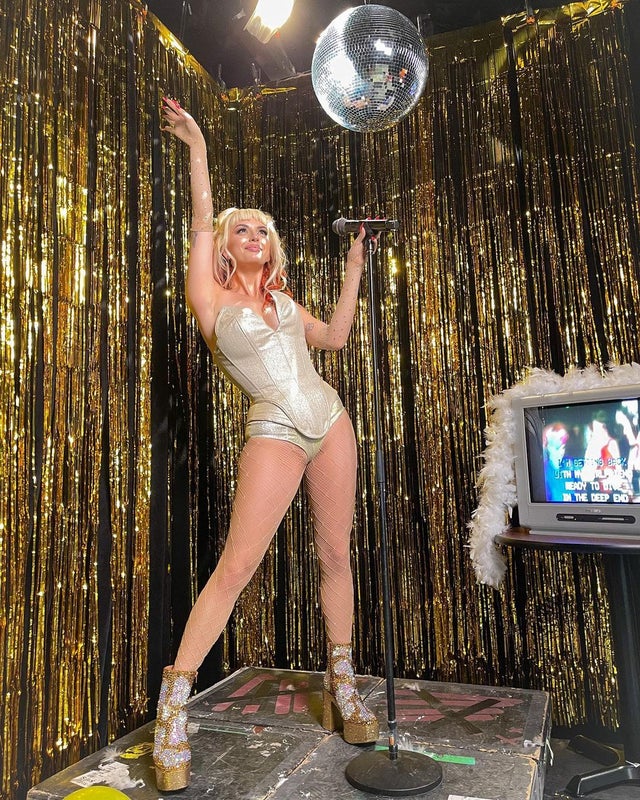