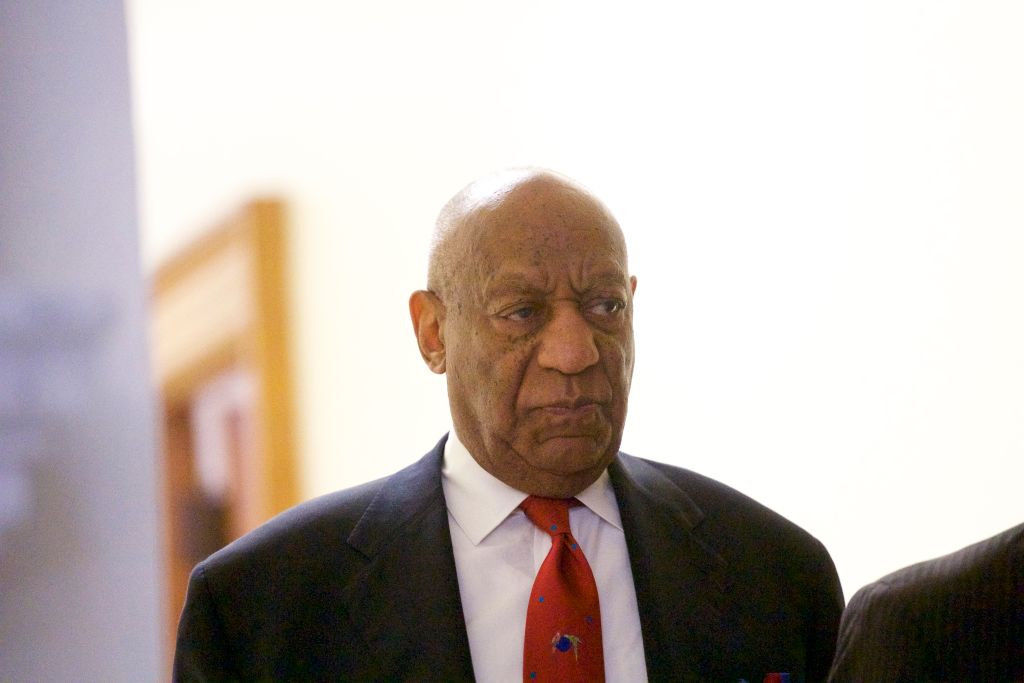 After a year of that classic will-they-won't-they sitcom tension, a jury has finally found Bill Cosby guilty of aggravated assault against Andrea Constand in 2004. Last summer a jury's deadlock resulted in a mistrial, but this time around - with more testimonials from Cosby's previous victims than the first trial - the jury found Dr. Huxtable guilty on three counts of assault that combined could result in over thirty years behind bars. Right, like they could be doctors. I mean rapists of course.

The eighty-year-old Cosby hails from the golden age of rape, when a man could simply drug a woman and finger blast her comatose body and still make it home in time to punch his wife. But even rapists might argue that Bill gives them a bad name, because all in all, over fifty women have come forward with allegations against Cosby. Constand first came for Cosby in 2005, and in a deposition at the time, when asked "When you got the Quaaludes, was it in your mind that you were going to use these Quaaludes for young women that you wanted to have sex with?" Cosby responded with "Yes." The man wasn't really pulling a smoke and mirrors routine here.

But Cosby's self-assured invincibility is being tested now that he's possibly headed for the clinker, and as an old scared and confused thousand-year-old man facing consequence for the frivolities of yesteryear, he allegedly went on a tirade in court yesterday, screaming out a bunch of no-no words after the guilty verdict was announced. I'm scared and alone and just want blacked-out pussy. His lawyers are appealing the decision based on the grounds that Cosby was duped by the justice system, and stated "We don't think Mr. Cosby is guilty of anything, and the fight will continue."

As my dad would say "Do you think or do you know." While the lesson of don't drug and molest people seems to be resonating with people, the general warning signs as to unchecked celebritydom is falling flat. We're mad at fame and notoriety providing the perfect veil for Cosby's actions. Meanwhile the wokest of woke websites Buzzbottomfeeder loves to joke about Kris Jenner whoring out her children and grandchildren. Yes I'm making this about Kris Jenner. I fucking hate her. Her daughter Kylie Jenner looked like a busted balloon animal that a clown had to give away for free by the time she was eighteen. If that's funny, then rape is funny. Which, I guess it kind of is. I digress. Insert Puddin' Pop joke, insert Jell-O joke. Insert bodybuilder's dick inside Cosby's asshole if he ever goes to prison.

Watermelon Challenge – Who Did it Better?

The Kardashian’s Threw a Pool Party