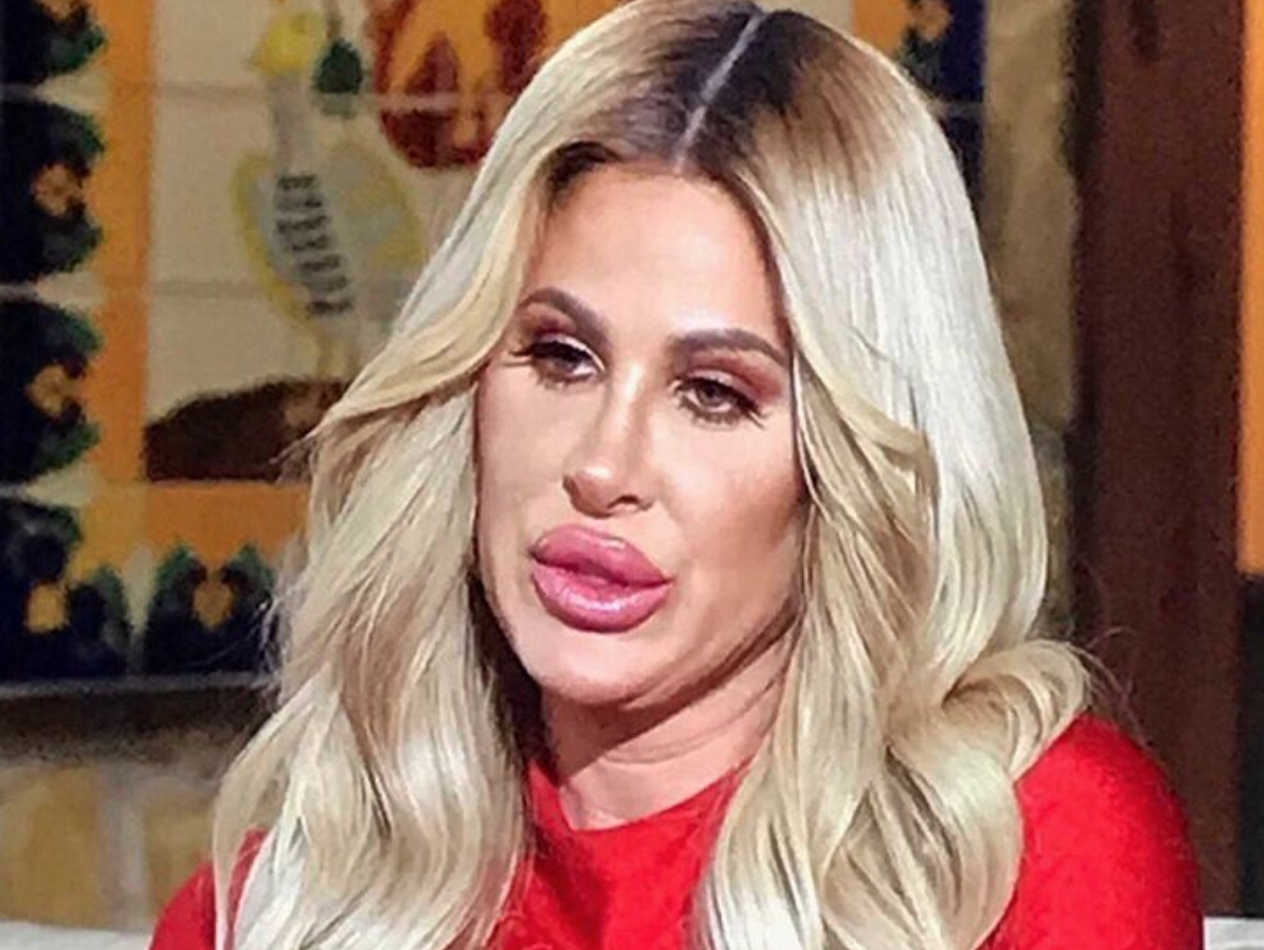 Things were never great for Kim Zolciak's face - especially there towards the end - but now it's finally apparently exploded all over the place and died. The ninety-five-year-old Real Housewife star was recently called out by Marlon Wayans for looking like a character in his classic Oscar bait flick White Chicks. He captioned this crime scene photo on Instagram with:

While I've never laughed at anything Wayans has ever done ever, and while even Zolciak doesn't look as fucked up as whatever the hell was going on in White Chicks, it was just nice of Wayans to pay his respects. We'll never forget you Kim Zolciak's face.

Interestingly, even though Zolciak must have chosen to have her face put down, she was furious over Wayans' insinuation that she looks like an inside-out anus, telling TMZ:

It's pretty disgusting. I think it's inappropriate that a grown ass man in this #MeToo movement is knocking a woman. I think it's gross.

Kim, you #MeToo-ed your lips. Shut the hell up. Show the dead some damn respect.

It's a bird, it's a plane no it's a horriable plastic surgery duck lip job pic.twitter.com/T32vGrBhgc