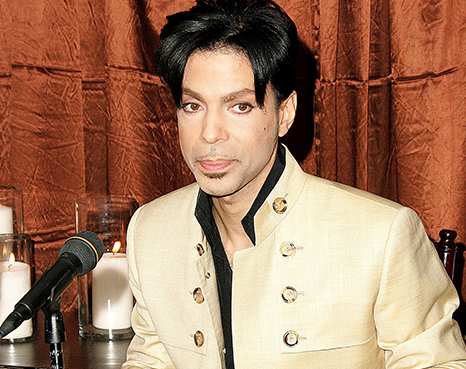 Every once in a while you guys make me feel like an even bigger piece of shit than I already am, and considering you're all pieces of shit, it's always a real come to Jesus moment for me. We're going to sympathize with Nikolas Cruz's brother? Okay. Today might be one of those times, because if I'm being completely honest, I don't give a crap that Prince died and I certainly don't give a crap that the cause was buckets of the A-list killer Fentanyl coursing through his veins and melting his liver. Almost two years ago Prince died at his Paisley Park home at the age of fifty-seven, and apparently it took TMZ two years to get their hands on a detailed toxicology report. Prince was definitely partying like it was 1999, because examiners found sky-high levels of Fentanyl in his blood:

The report -- which is said to have been confidential -- gives a glimpse into just how much fentanyl was flowing through the singer's body when he died in 2016. According to the AP, the concentration of fentanyl in Prince's blood was 67.8 micrograms per liter. The report notes people have died from as little as 3 micrograms per liter, and as high as 58.

A medical expert quoted by the AP -- Dr. Lewis Nelson of Rutgers New Jersey Medical School -- calls the level of fentanyl in Prince's blood "exceedingly high" ... even for someone who's a chronic pain patient, he adds.

As soon as Prince died reports swirled that he was addicted to the bad shit in a serious way, and he allegedly took four trips to a drug store to fill painkiller prescriptions in the week leading up to his death. Percocet and Morphine and Fentanyl oh my. We also now know that when Prince passed away he had a Fentanyl concentration of 450 micrograms per kilogram in his liver, compared to the 69 micrograms per kilogram that can cause a lethal overdose.

Prince allegedly suffered from chronic pain related to his decades of high-heeled on-stage acrobatics and definitely not AIDS, and doctors can easily be to blame for overprescribing Prince opioids. But here's the pop secret to life. If it feels good, it's bad. And doctors are just lawyers equipped with scalpels. If you don't learn life's lessons by the age of fifty-seven, I don't know what to tell you. Conspiracy theorists think that Fentanyl - which is over fifty times stronger than morphine - was unleashed by the government to wipe out the addicts who crap their pants in front of my condo and then ask me for money. To which I say... oh no I'm devastated. Oh and Prince's music is overhyped. See. Piece of shit.

It’s Britney in a Bikini Bitch