Noah Cryus seems to be trying to do what she can to avoid becoming infected with the Corona Virus by wearing a mask, although I don’t think it counts as adequate protection when it covers everything except your mucus membranes. Regardless, Noah is looking hot as always, wearing a black front zipped leather top and rhinestoned black pants to match her rhinestoned mask.

It looks like the photos are promo for her new music, which she says she’s dropping this friday, she also released an image of her in what looks like a crown of thrones and her new song is called I Got So High That I Saw Jesus - so she’s shouting out her lord. 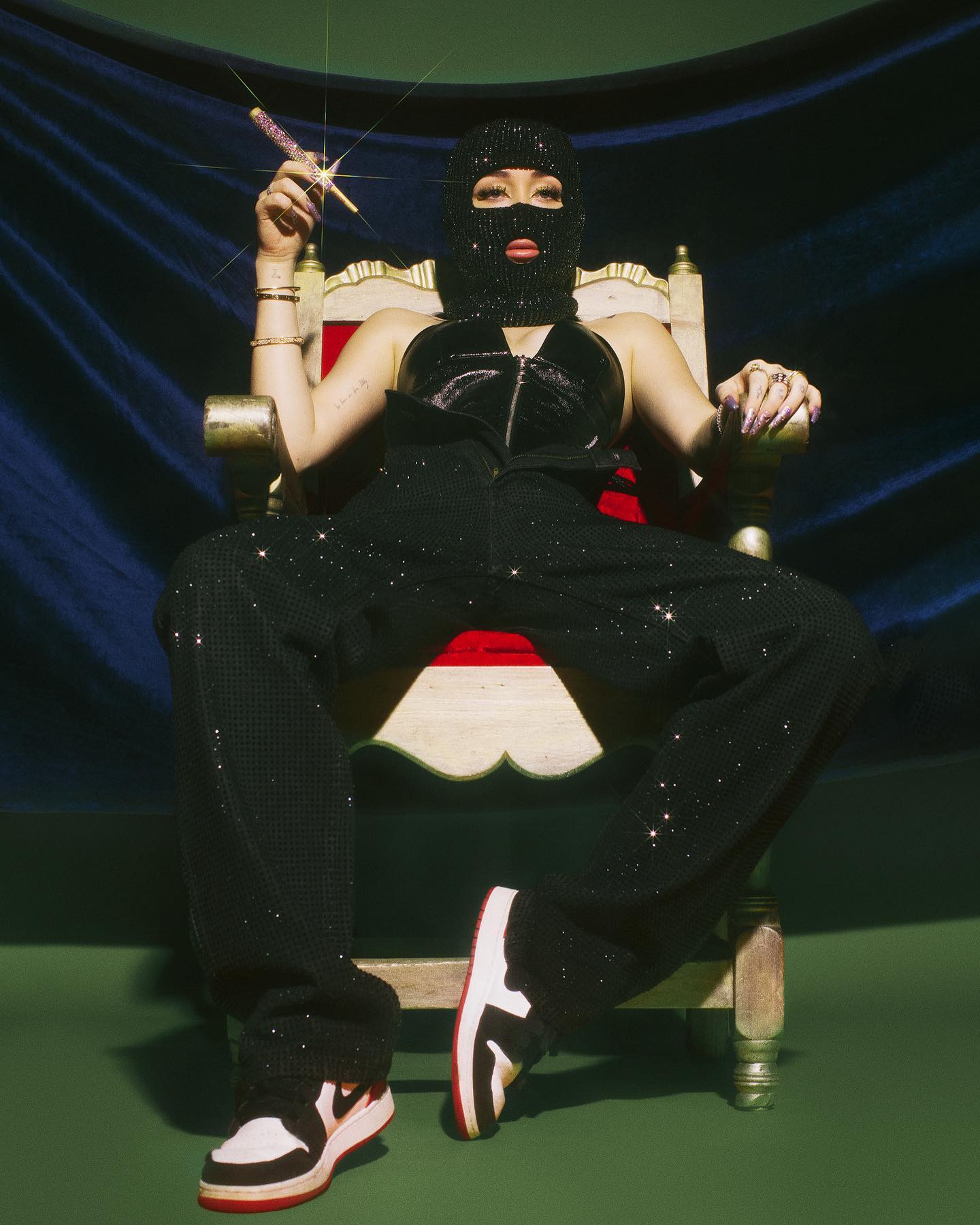