Nina Dobrev Rocks a Bikini in the Snow!

Nina Dobrev proved that it's never too cold for a bikini.  The actress is currently at Mammoth Mountain in California with boyfriend Shaun White.

He's getting ready for what could be his last Olympics at the Toyota U.S. Grand Prix of Snowboard and Freeski.  She's trading in her snow gear for a bikini for content.

You have to respect Nina's dedication to bikini season.  She not only has one with her in the snow, she's ready and willing to put it on even in the snow.

Someone get her an Olympic gold for this effort! 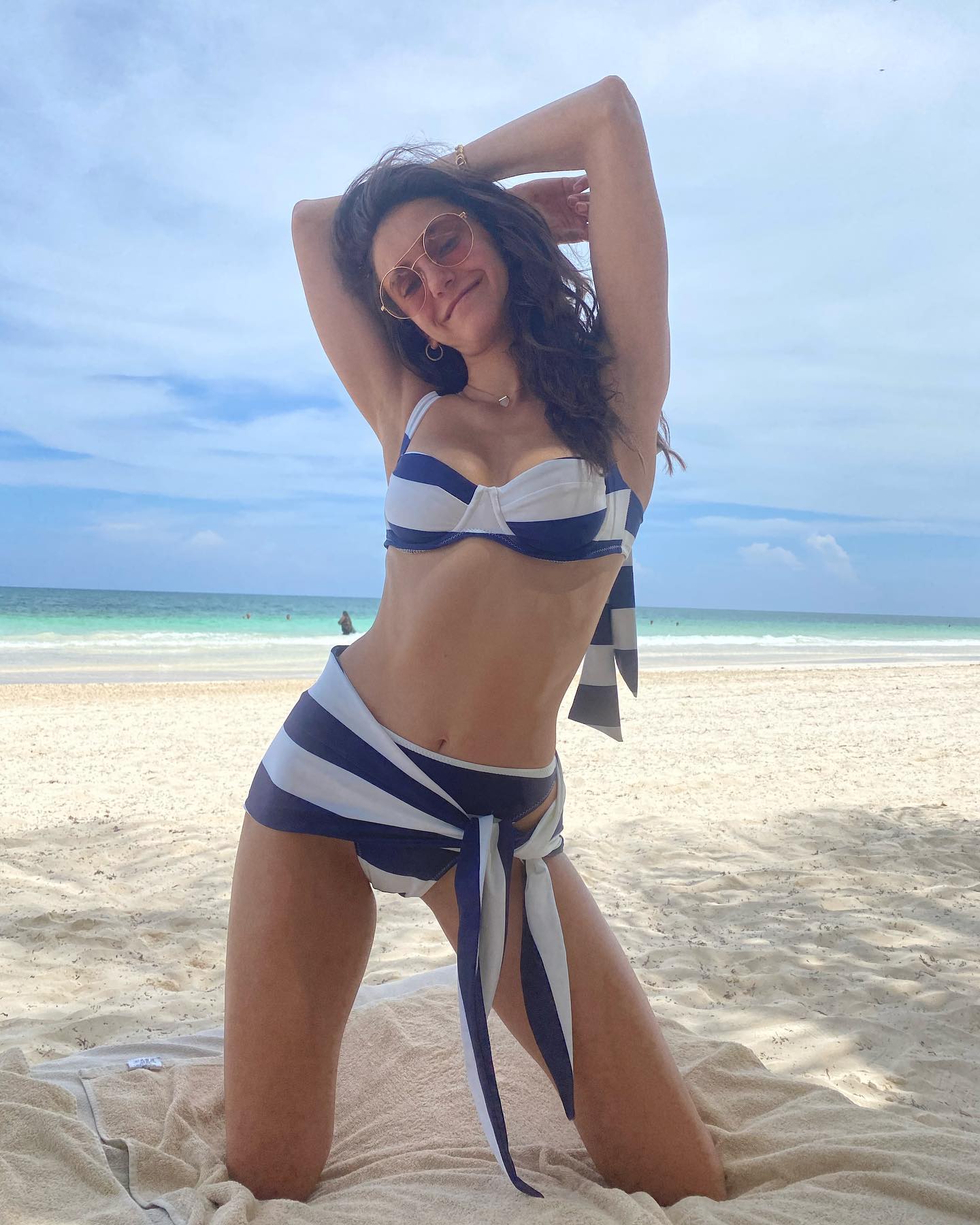 Christine Lakin is On the Beach?!

Vanessa Hudgens is Shaking Her Booty for The Holidays!

Guess the Nude Photo and Other Fine Things!