Nicki Minaj Is Breaking The Internet!

Nicki Minaj recently released some new music which has all her Barbz very happy, but the rappers fans were all in a panic today when they heard news that the Queen had tested positive for Covid. Nicki's fans took this to mean that Queen Nicki had contracted the virus but in reality, the reports were about the Queen of England. 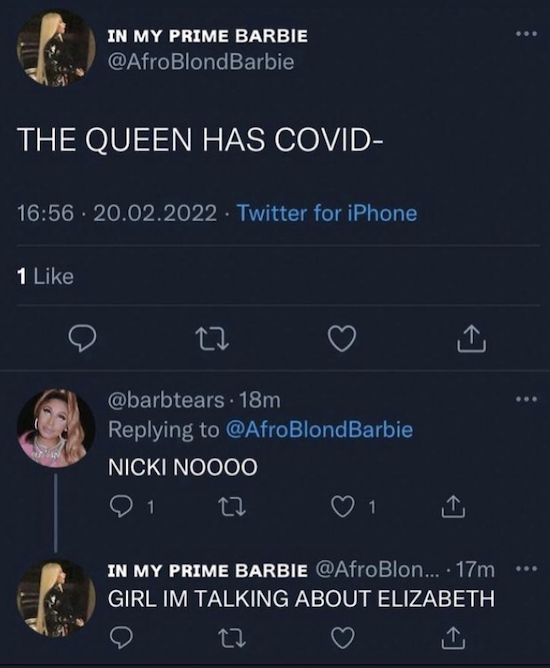 Meme's ensued and Nicki took this time to remind us of her new music and upcoming projects, letting her fans know that she will be focusing on herself and not doing any upcoming collaborations with other artists.

While Nicki has not contracted covid, she is currently beefing the Philadelphia Public Health twitter account after they mocked her comments about the COVID-19 vaccines. Not one to be bullied, Nicki hit back at the faceless twitter account saying:

"Philadelphia’s public health account is posting Nicki Minaj tweets for engagement. They are attempting to shame ppl for advising others to PRAY, be COMFORTABLE & NOT BE BULLIED. I’ve never seen a vaccine trigger this amount of shaming & fear tactics have you?"

Ain't that the truth!? 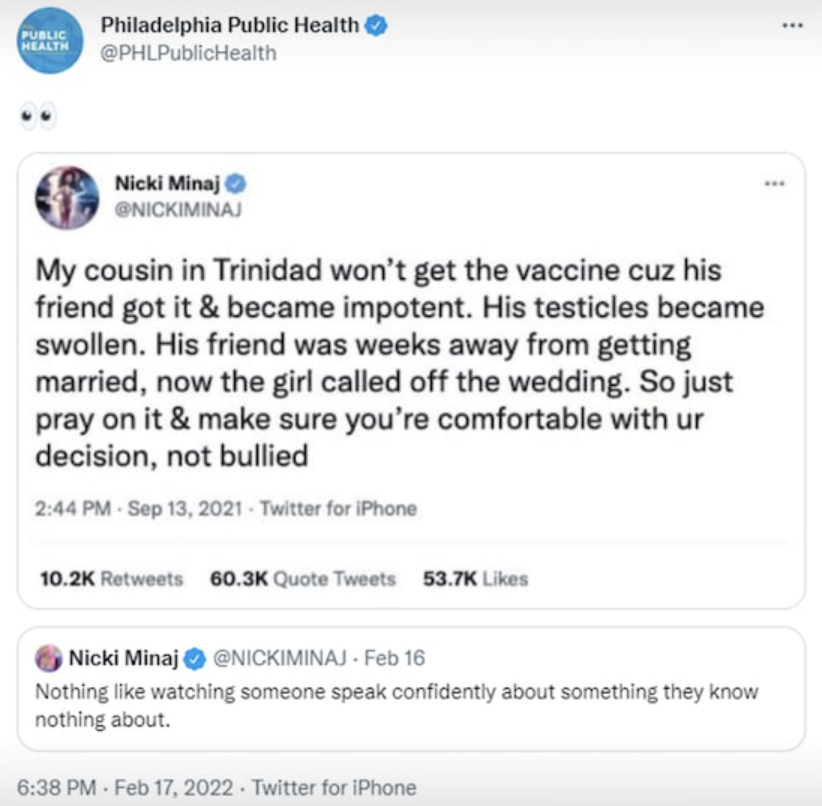 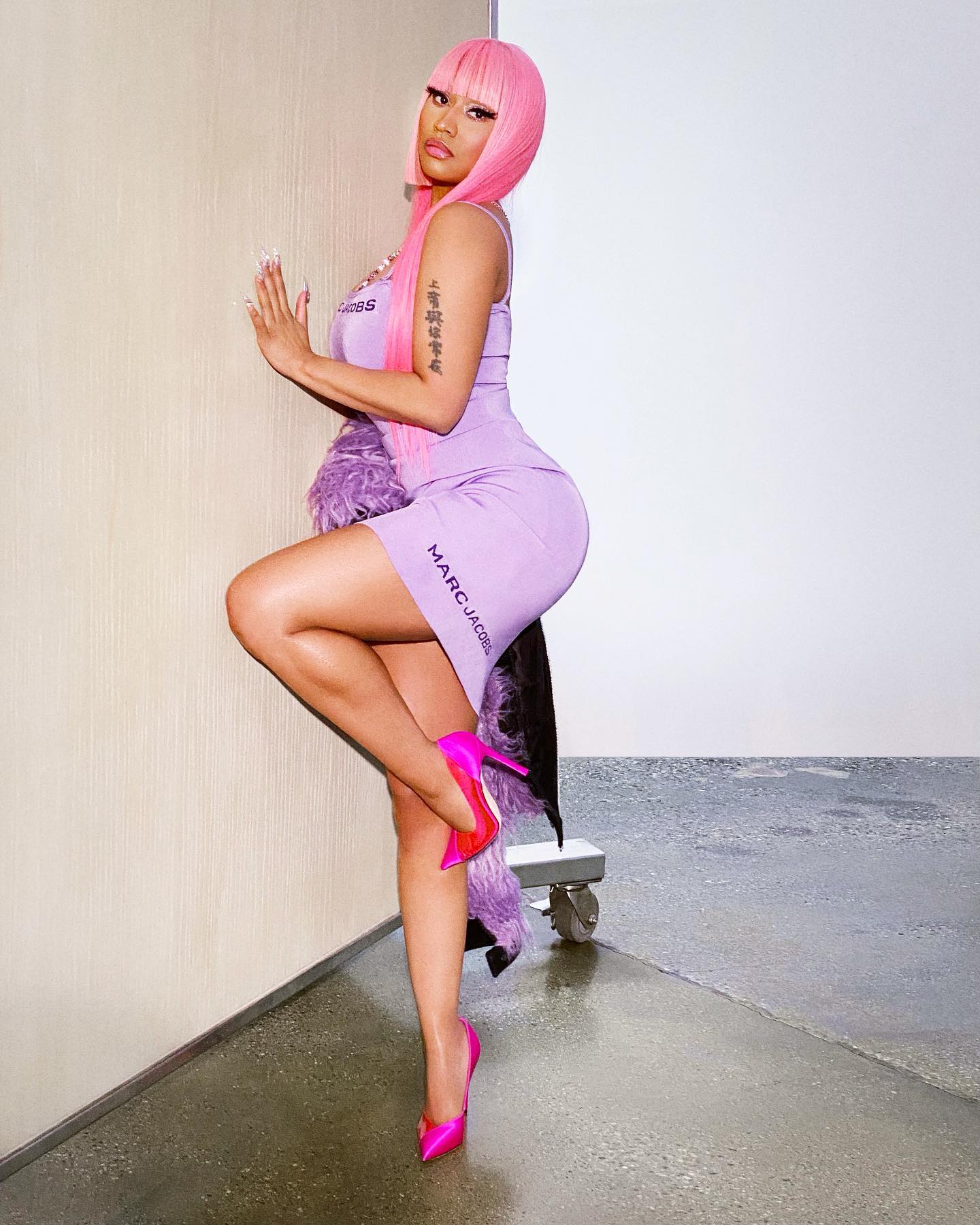 Miley Cyrus is Having a Rockin New Year!

Kate Beckinsale Wants You To Vote!