Nicki Minaj is a Rich Barbie!

Nicki Minaj has called herself a Barbie for basically her entire rap career and even calls her fans the "barbz" because of the nickname that totally stuck. The rapper decided it was time again to show off some of her massive wealth so Nicki took a few snaps while standing next to her bright pink Rolls Royce truck, a vehicle that runs around $400,000.

Nicki wore her classic Barbie diamond encrusted chain in the photos and really looked the part, with fans commenting that she looks like a real life Barbie! More photos of Nicki being richer than you in the gallery! 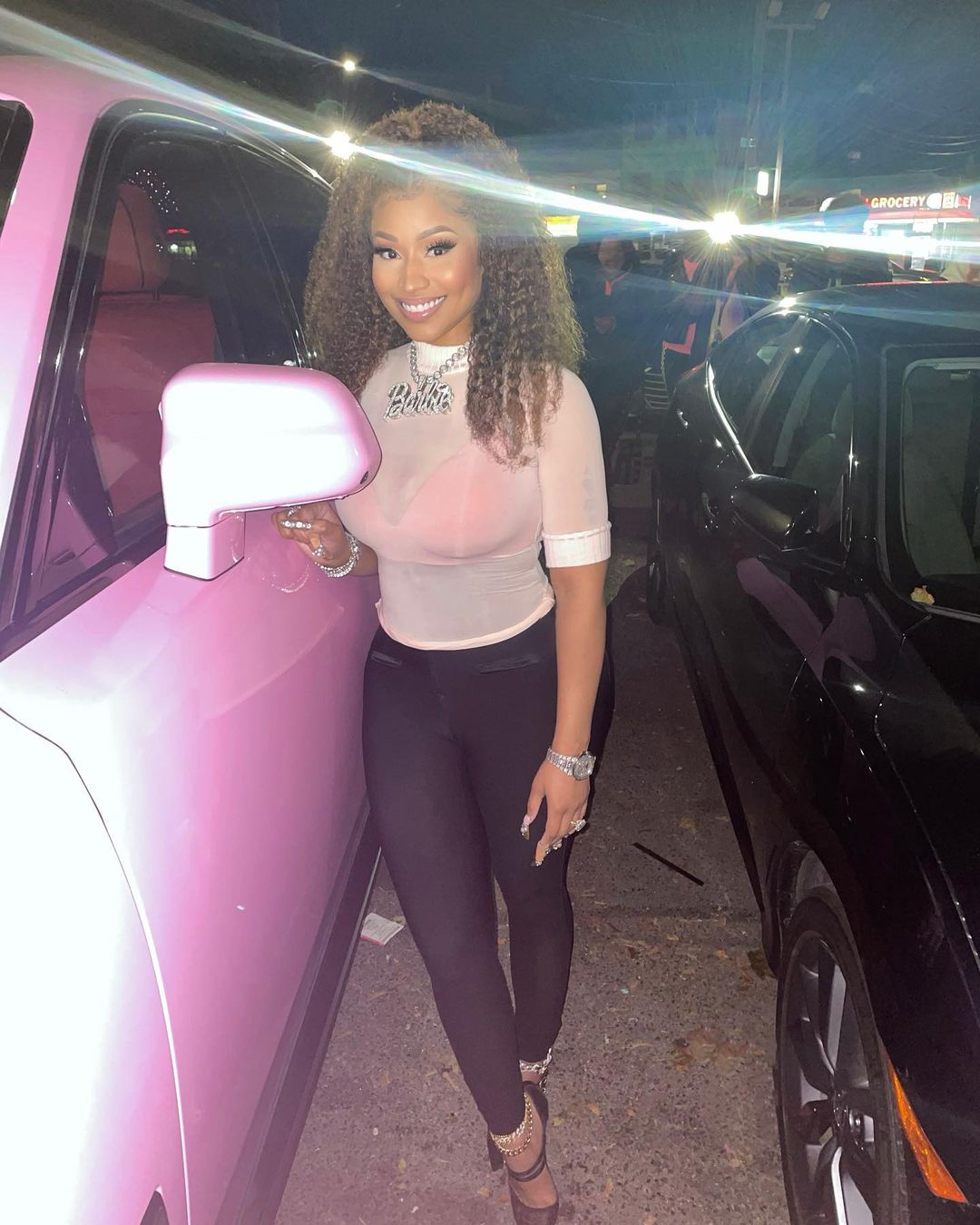