Nicki Minaj just released a new music video for her song called We Go Up featuring Fivio Foreign. The song has already gone viral and there are even t-shirts being made with some of the lyrics printed across the front. The video has already gained over 2 million views in just one day and the number of views keeps climbing!

In the video, Nicki heads back to her New York neighbourhood before heading into her closet to show off some looks, changing from a sexy set of lingerie into a baggy set of clothes and letting us know with her lyrics that she still looks sexy when she's covered up! Here's the new video! 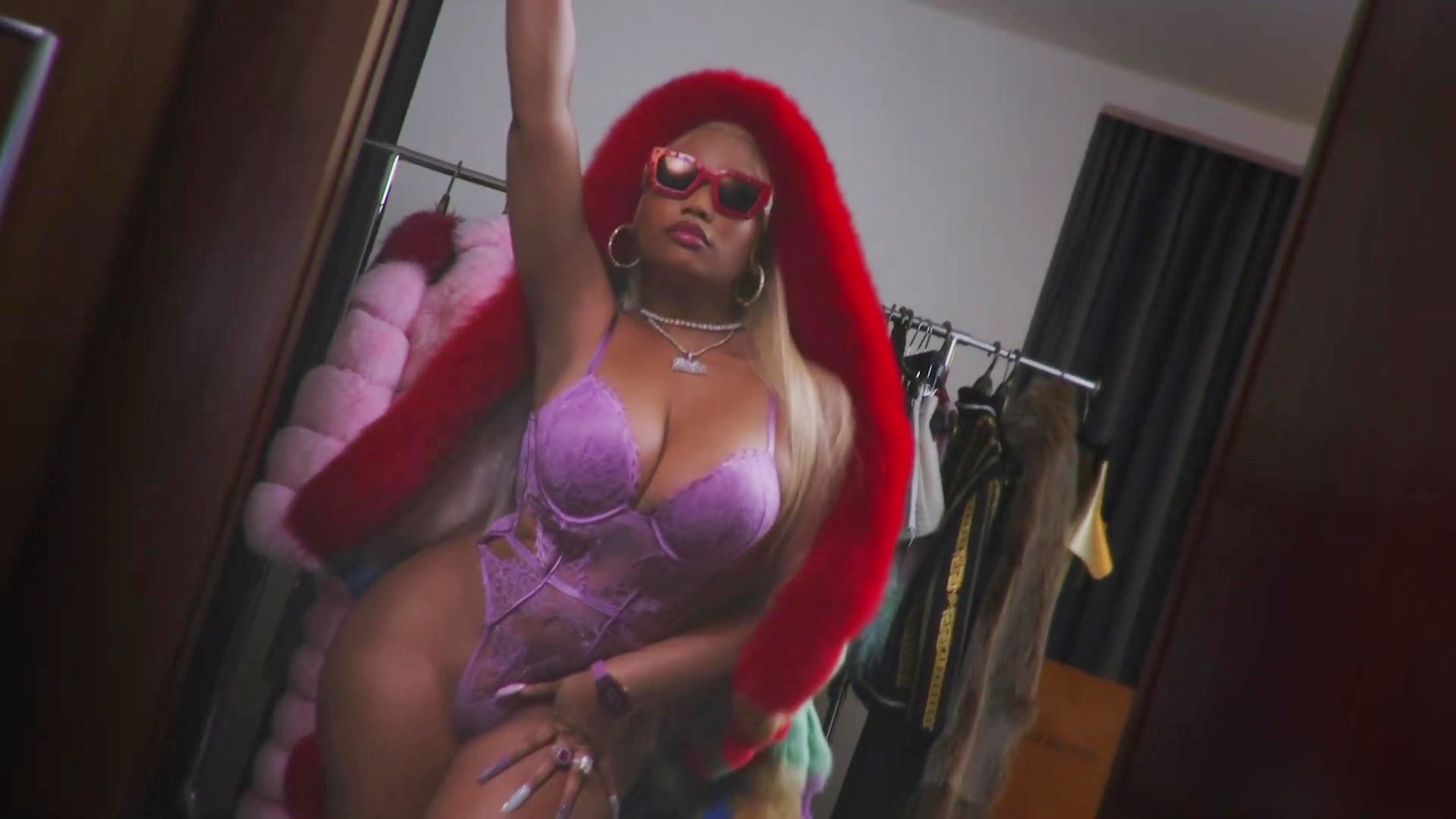