Neil deGrasse Tyson Out Of This World Sexual Assault Allegations 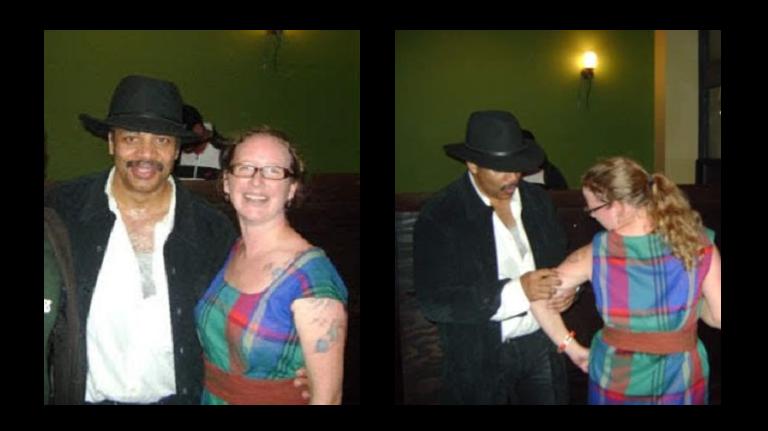 Well my stars. Now this is a story with universal appeal. This scoop about famed astrophysicist Neil deGrasse Tyson is truly coming to you from the darkest corners of the Dark Web, and hasn't been verified by any site that we can be certain isn't run by the Russians, but it still seems very plausible. Basically it involves a drunk man feeling up women at a party. AKA a Tuesday night. So ya, plausible.

Tyson, who developed a cult following for his show Nova as well as his roughly billion late night talk show appearances, has been rumored to be a bit of a ladies manhandler for a while now, but no one seems super keen on covering any allegations. The site Patheos, however, got in contact with Dr. Katelyn N. Allers, an Associate Professor of Physics and Astronomy at Bucknell University, (pictured above with Garth Brooks' other other alter ego), who claims to have been sexually assaulted by Tyson at a 2009 party:

After we had taken the picture, he noticed my tattoo and kind of grabbed me to look at it, and was really obsessed about whether I had Pluto on this tattoo or not… and then he looked for Pluto, and followed the tattoo into my dress.

My experience with him is he’s not someone who has great respect for female bodily autonomy.

The post also brings up Tchiya Amet, who made a minor splash in 2017 when she claimed that Tyson tried to Bill Cosby her. If you want to traverse the real real real Dark Web, you can read Amet's self-published account of the alleged 1984 attempted rape here. If anyone could get that header graphic printed on a t-shirt for me for Christmas it would be greatly appreciated. So, Neil deGrasse Tyson - respected educator and TV personality or complete Uranus? Let us know.

Joey King is Getting Sensual With an Oreo!

Charlotte Lawrence Around the House!