Model Eats So Many Burgers At Victoria’s Secret Fashion Show

The Vicky S. Mall Lingerie Show - which took place last night in New York City - leaves such a goddamn mess in its wake that I tend to want to skip over it entirely and dig up a Bella Thorne sex tape or something else to cover. The new Angels. The retiring Angels. The body-positive Angels. The Winnie Harlow. The Kendall Kenner. The feminism. The poor people underwear. The... burgers?

The myth of the chick who can hang (as exemplified in the video below - Amy Schumer's only contribution to entertainment. Besides of course Snatched) is a tale as old as Pamela Anderson. As Tim the Toolman's righthand woman on Home Improvement, we desperately wanted to believe she would actually carry around a loaded toolbelt versus a purse filled with makeup, plastic surgeon business cards, and Valtrex. We want to believe that Victoria's Secret models roll out of bed looking like bulimic whores. And, they actually do. But they sure as fuck don't keep down solid food leading up to their big day.

All of this brings us to some model named Barbara Palvin. She claimed to People Magazine that her hot lesbian lover Dylan Sprouse (damn is she looking fiyne in that pic) brought her multiple burgers to scarf down backstage at the Vicky S. Mall Lingerie Show:

He is bringing Shake Shack burgers for me!

Burgers with an "s." Multiple burgers. If this is a Shake Shack #ad, it's working. Dylan Sprouse's career is obviously skyrocketing too. Barb added about a funny thing:

The Internet will have you believe that Palvin is some sort of plus-size, or at least body-inclusive model. Meaning that she can't double as a kite in ten-mile-per-hour wind. Sorry to burst your bubble. The bitch don't eat burgers. And even if she did, she wouldn't do it after starving herself for one of the most important appearances of her career. But if you still choose to believe in the chick who can hang, we totally understand. Not even joking. Keep the dream alive for the rest of us. 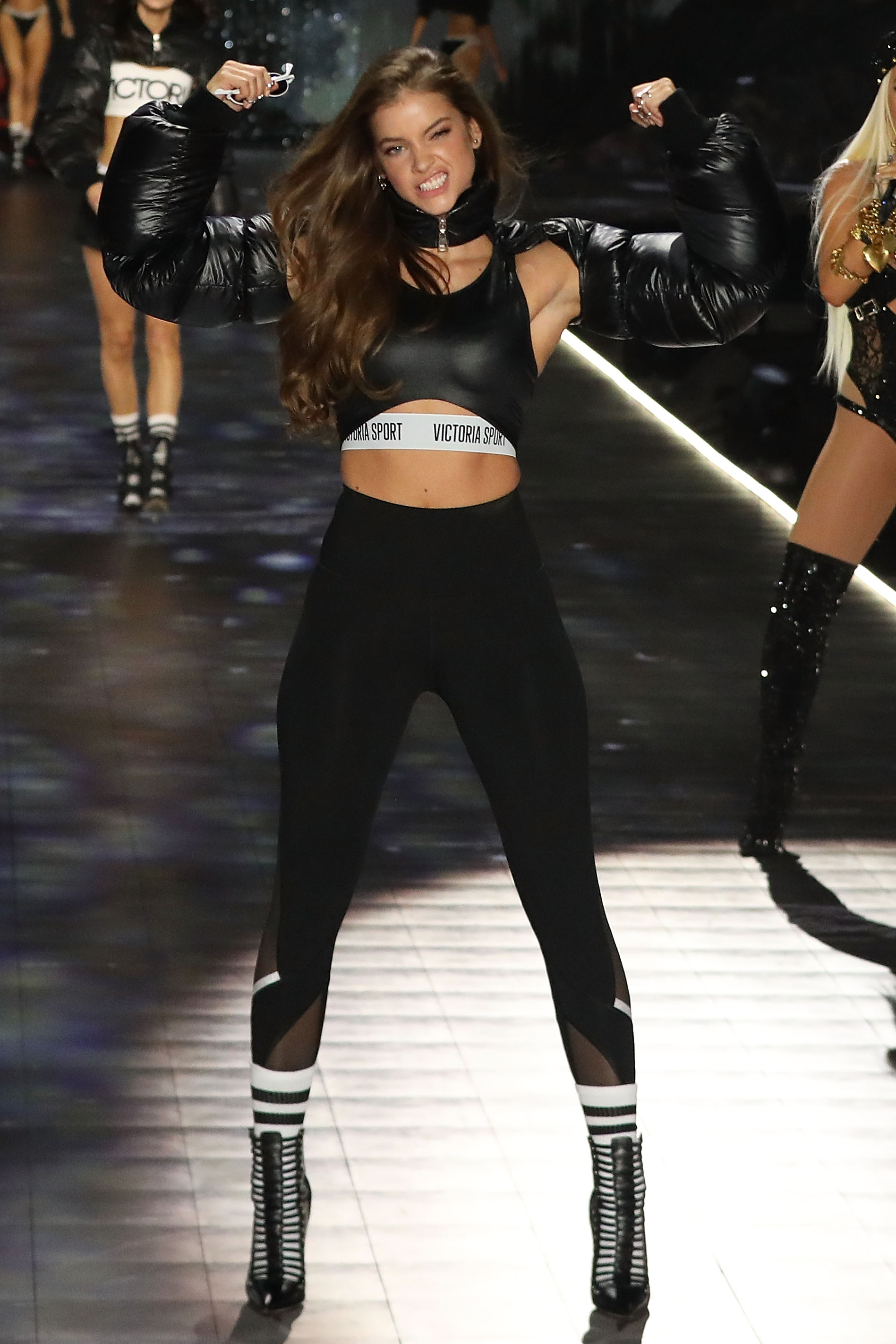 Tenille Houston Cleavy and Proud at ‘The Canyons’ Premiere