Missouri Mom Stole Her Daughter’s Identity to Go to College and Hookup With Younger Guys!

This is s truly wild story of a Missouri mom stealing her daughter's identity to get college loans and hookup with younger guys.  Talk about a midlife crisis!

Laura Oglesby, the now 48-year-old, began her life of more than two years as a college student back in 2018 when she stole her 22-year-old estranged daughter Lauren Hays' identity.

The mom of the year material applied for a Social Security card in her daughter's name, got student loans and enrolled in college.  That's when she started hooking up with unsuspecting guys more than half her age.

The fraudster even started seducing unsuspecting men in their early 20s, who had no idea that Oglesby was almost two decades older than she said she was.

“Everyone believed it. She even had boyfriends that believed that she was that age: 22 years old,” Chief Jamie Perkins of the Mountain View Police Department told the New York Times.

For her little adventure, the world's worst mom is looking at some jail time.  Not for banging the college guys, that's not illegal.  But it turns out stealing someone's identity is.

The combination of social media filters (see her with those filters applied in the gallery below) and alcohol is too powerful for the young mind.

That's the only conclusion I can come to.  How else was she able to trick the guys into banging her?  There's no reality where this woman looks like a 20 something college student... 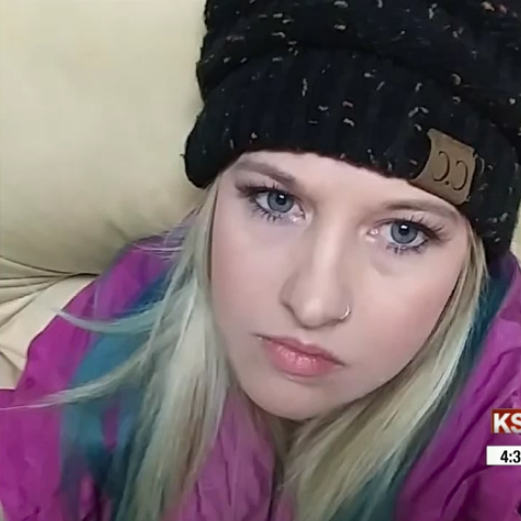