Miley Cyrus was asked to perform for a bunch of healthcare workers as part of a TikTok/NFL tailgate party that took place before the big game yesterday. You can tell it was a crowd of healthcare workers based on the signs they were holding up, not cheering for the Chiefs or Tampa Bay, not even "marry me Miley" signs, they were there to cheer on the vaccine! 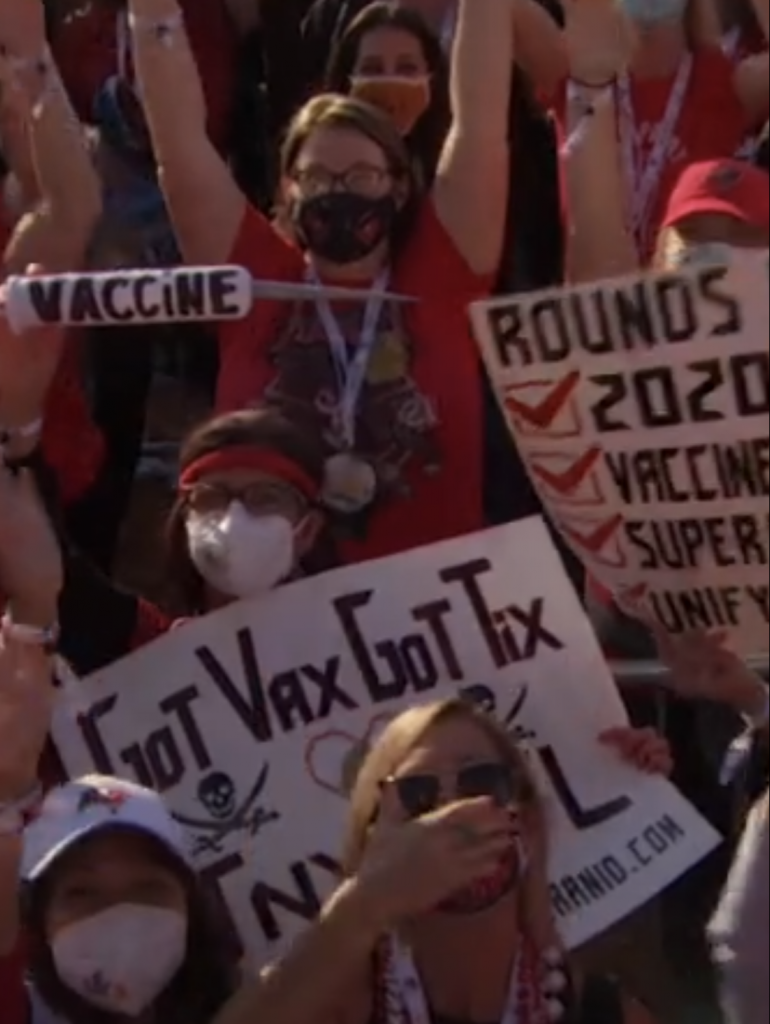 Leading up to the big show, Miley shared a few words from her flight to Tampa which she spent stretching on the floor of her plane and showing of her manicure:

Miley took the stage in one of the outfits we previously saw her trying on during a fitting before changing into a football jersey later in the show.

The singer totally killed this performance as expected and even gave us some throwback tunes by singing We Cant Stop and Party in the USA.

The Wrecking Ball singer also brought out a few friends to play along with her, including Billy Idol and Joan Jett. Give Miley the Lombardi trophy because she was the WINNER on Super Bowl Sunday!

A fan later spotted Miley watching the game from the stands, with a bottle of Bud in her hand! 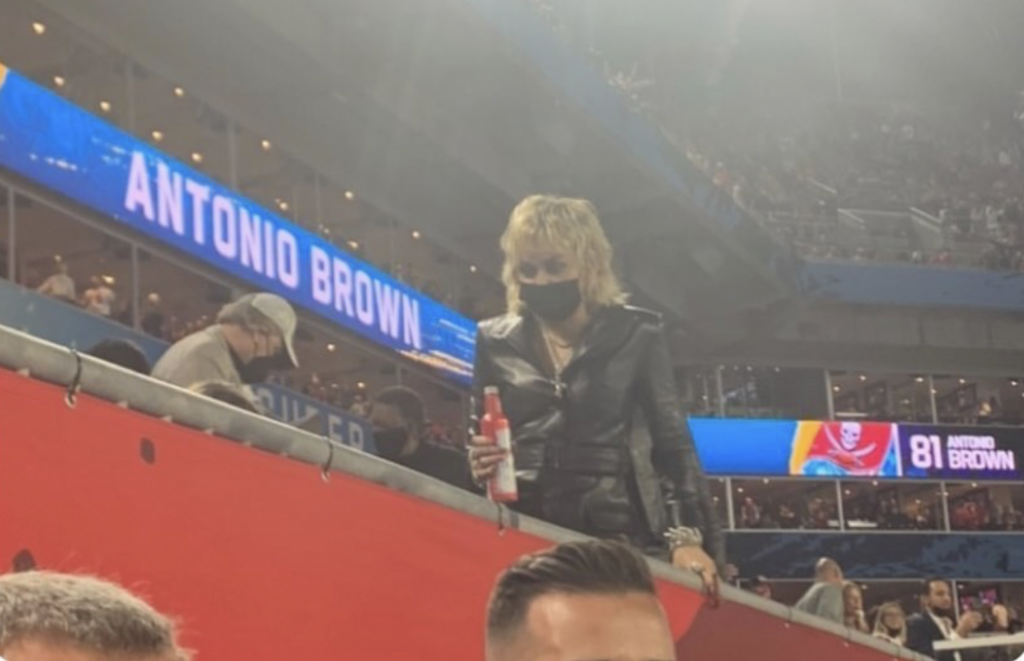 Bonus video of Miley warming up! See all the highlights from her Super Bowl Tailgate in the gallery below! 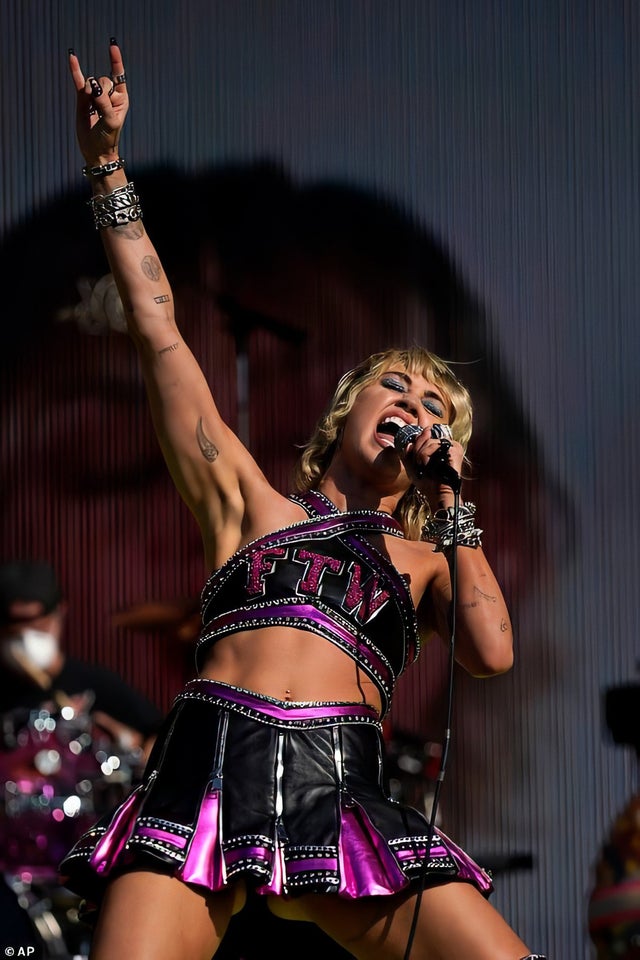