Miley Cyrus in The Bathroom!

Miley Cyrus has landed in New York to get ready for her performance on Saturday Night Live this weekend along with Elon Musk. There has been a bunch of controversy going around after the guests for the show were announced, because apparently everybody hates Elon Musk now, I missed when that happened but here we are.

While waiting around the studios, Miley hit up the public bathrooms to take a few photos with her frequent photographer Vijat. The photos have Miley wearing a pair of sheer sequinned pants which she paired with a casual white tank top before changing into a floral dress to meet the press. More Miley in the gallery! 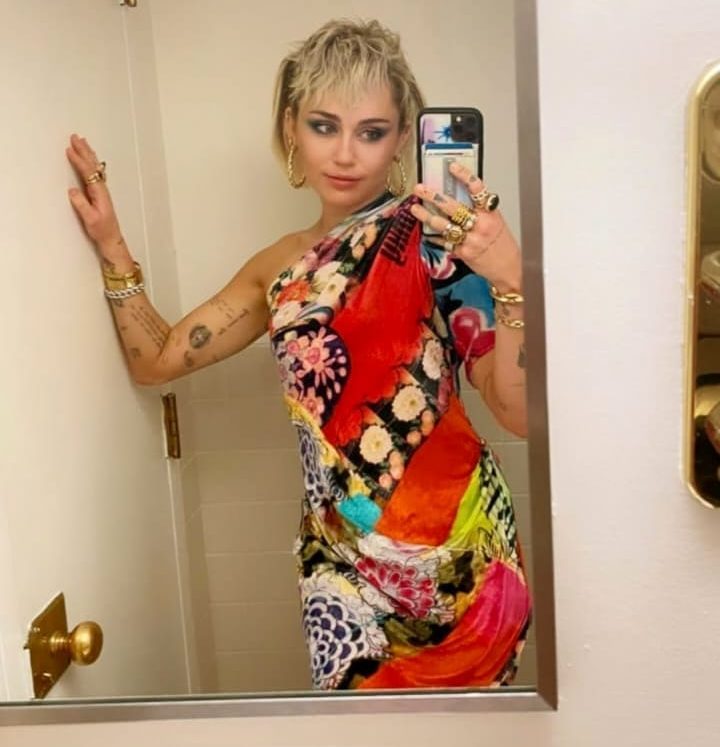