Megan Thee Stallion is Taking Out the Trash!

Megan Thee Stallion has finally returned from her short break where she disappeared of social media and only came back to drop her new song called Thot Shit. The song has big female empowerment vibes and actually has Meg running over an old white guy with a garbage truck after he left rude comments on her music video.

Throughout the video we get to see Meg dresses as the hottest waste management worker ever before she switches outfits and tries her hand at running a diner. Meg later turns into a dentist with her ass out in the operating room looking like one of those super busy doctors who filmed TikTok dance videos throughout the pandemic.

The short film ends with the original white guy having his mouth turned into a vagina which looks a little too realistic for YouTube! Watch the full video below and see some highlights in the gallery! 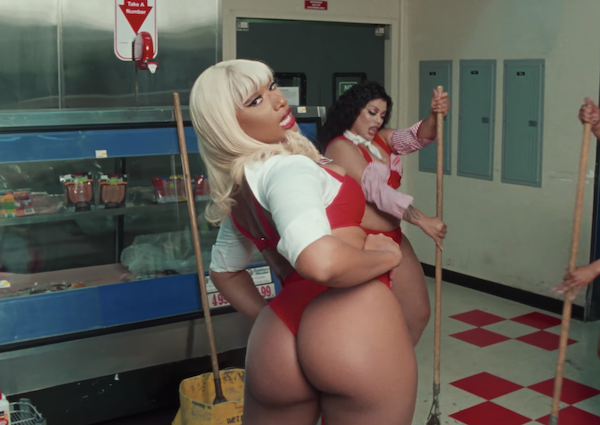 Alessandra Ambrosio in a Bikini Top for Carnaval!