Megan Fox went out on the town last night to celebrate her fiancé's new documentary called Machine Gun Kelly’s Life in Pink. The actress kept with the overall pink theme at the premiere and wore a skin tight pink dress and a pink wig.

The documentary airs on Hulu give us some more backstory on MGK and his relationship with Megan. At one point in the documentary, the rapper speaks about a time shortly after his father's death where he called Megan on the phone while having a loaded shotgun inside his mouth(Britney Spears Toxic plays in the background).

Read more about that here and see more from Megan's night out in the gallery and scroll down for a video from the black carpet! 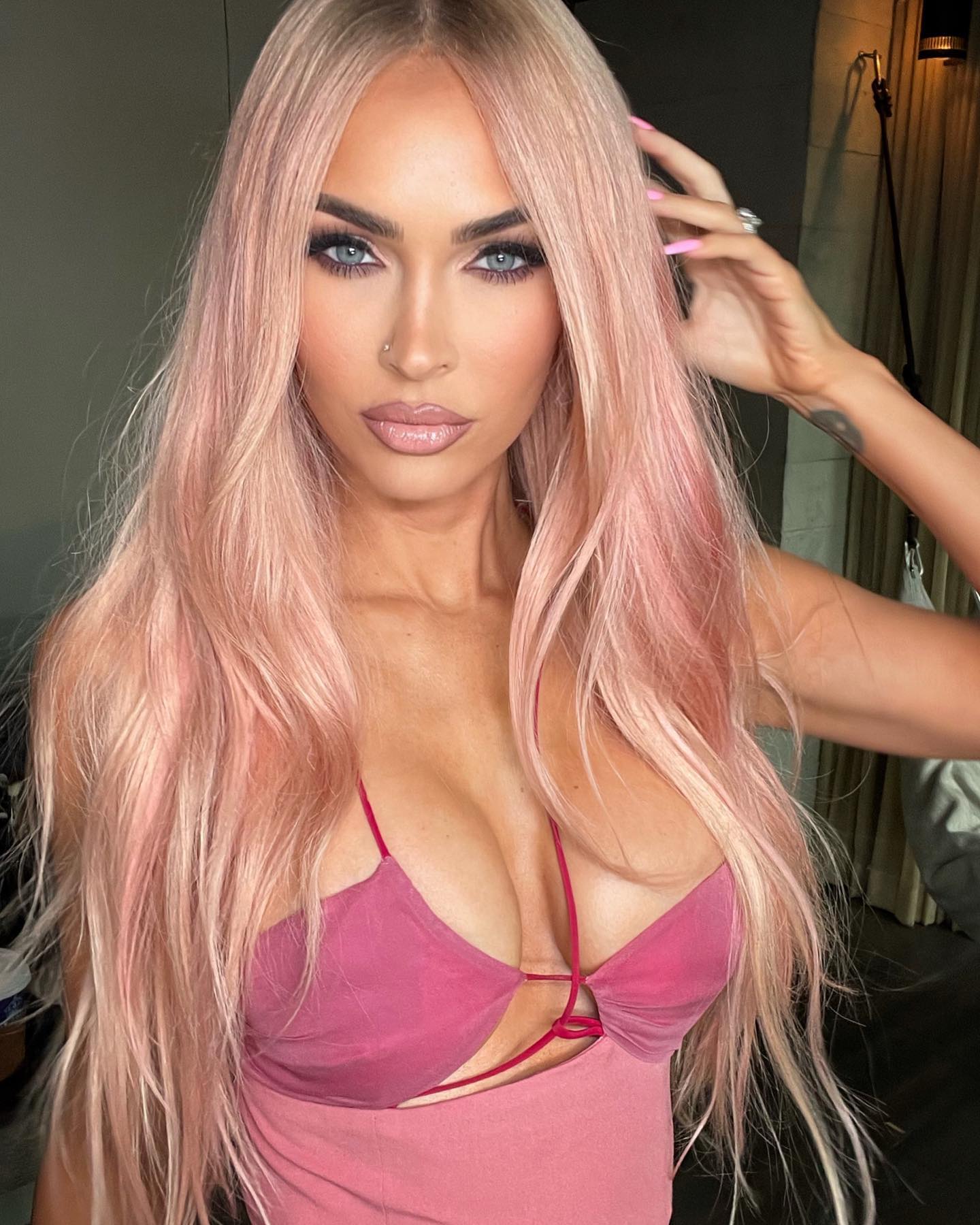 Haley Kalil On a Boat!