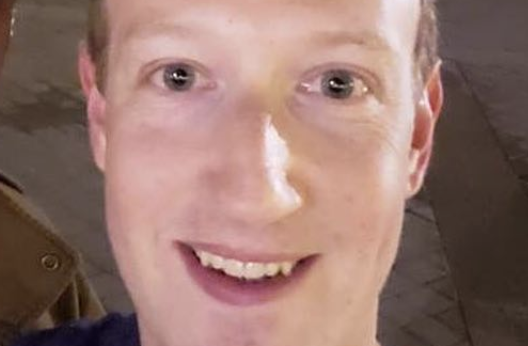 Sometimes I wonder why someone like Facebook CEO Mark Zuckerberg - who could live out the rest of his life in extreme luxury without ever lifting a finger or opening his trap again - continues to take on monstrously high-pressure responsibilities for a job he doesn't financially need. Move to a palatial estate in Malibu where you can wake up every day to a hearty bowl full of blow, do more blow at the beach, and then have a nightcap of blow. At least that's the retirement goal I detailed to the financial planner who came into my work. I've seen those commercials. We need to start planning now.

Most likely, men like Zuckerberg continue to run multi-billion dollar companies - and inevitably villainize themselves as they lose touch with reality - because of status and greed. Corporate America is one big dick measuring contest, and as Zuckerberg is just one big dick, he's doing pretty well. Following his decimated Puerto Rico high-five that left the world aghast, it seemed like Mark couldn't do much more to sully the good name of pathologically narcissistic social media tech tycoons who all suffer from varying degrees of Asperger syndrome.

But Zuckerberg - who again, could be in Malibu with a bowl of blow - just can't shut up, and recently defended the rights of Holocaust deniers to preach the good word on Facebook. An interviewer from Recode initially used Sandy Hook shooting deniers as an example of people blurring the line between free speech and punishable hate speech on social media. Facebook has been grappling with how to categorize and address "fake news" in the wake of Russian's involvement with the 2016 election. But Zuckerberg quickly segued, unprovoked, into a conversation about the social media rights of Holocaust deniers:

I'm Jewish and there's a set of people who deny that the Holocaust happened. I find it deeply offensive. But at the end of the day, I don't believe that our platform should take that down because I think there are things that different people get wrong. I don't think that they're intentionally getting it wrong.

Everyone gets things wrong and if we were taking down people's accounts when they got a few things wrong, then that would be a hard world for giving people a voice and saying that you care about that.

"Things that different people get wrong?" I went to public school in Appalachia, where wearing shoes was a privilege, not a right, and even I learned about the Holocaust. And touting his own religion as a way to excuse anti-Semitism is so twisted it's going to take a therapist, and an exorcist, to address. Zuckerberg naturally faced backlash for his comments, but he quickly retorted (not apologized, as people are claiming) with:

I enjoyed our conversation yesterday. But there's one thing I want to clear up. I personally find Holocaust denial deeply offensive and I absolutely didn't intend to defend the intent of people who deny that.

That means nothing. That's air. BBC News points to the fact that this is going down at the same time that Facebook's "Fake news is not your friend" campaign ads are splashed across cities and on the web. Who is he helping with this interview? What is his end game? Who uses Facebook anymore? Someone take away this guy's phone, set him up at a mansion in Malibu, and get him that big delicious bowl of blow. It's time.

So apparently Mark Zuckerberg is under the impression there's some good faith debate going on over whether the Holocaust happened? https://t.co/Qdn4E7n2jl pic.twitter.com/ClLngQqesS