Burt Ward, the actor who played Robin to Adam West's Batman in the original Bathman TV series was honored with a Walk of Fame Star.

Maria Menounos felt the need to make the event about herself, by slipping into Cosplay, taking all the attention away from poor Burt Ward, who will forever be remembered as the Robin to Adam West's Batman. Basically a meme forever.

I guess when there is an opportunity to outshine the point of the media event, a certain kind of person takes advantage of that, so that no one forgets her now that she's not on TV every night.

I am not complaining, I mean throw a chick in fetish gear into any situation filled with old men, and it's better. So we should all thank Maria Menounos for not feeling the pressure of being old, and still going out there and trying. 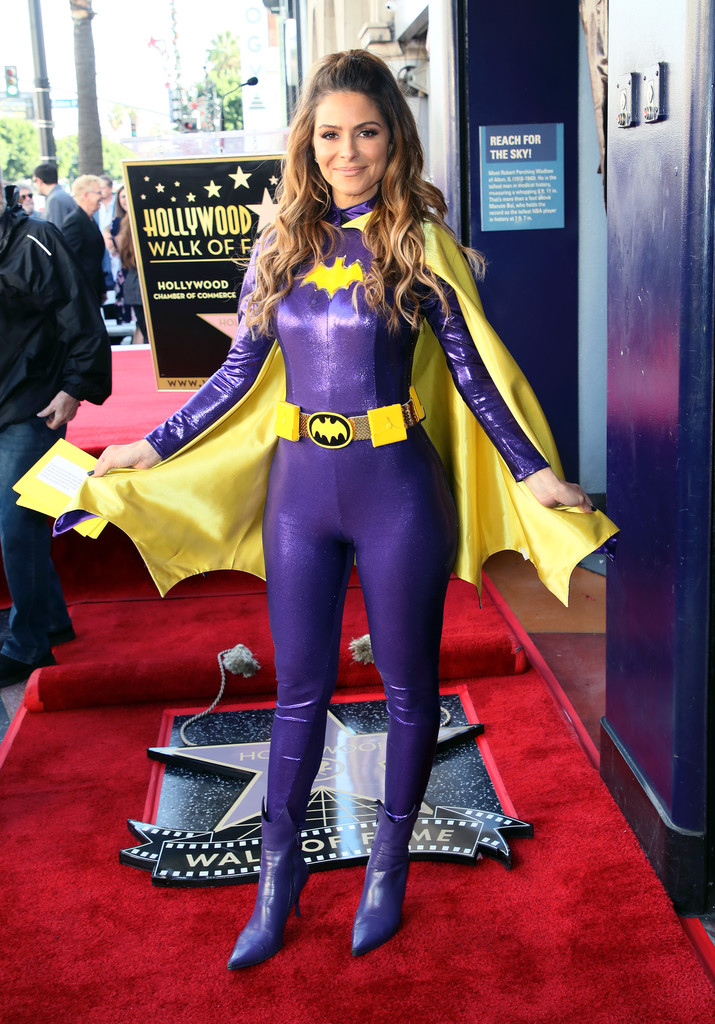