Madelaine Petsch, best known as Cheryl Blossom on Riverdale, or as I like to call her Cherry Blossom, attended the Vanity Fair Oscars Party last night with her Riverdale Co-Star Lili Reinhart.

The 25 year old actress looked amazing with her long natural red hair against her creamy skin, finally a red head who doesn’t look like she’s been kept in a dungeon away from the sun her entire life. This could have something to do with the fact that she was partially raised in South Africa and with her parents being South African maybe it’s some sort of other red head gene we’ve been missing out on.

Anyway Cherry Blossom showed up on the red carpet in a low cut black lace trimmed gown looking stunning, much better than she’s ever looked on Riverdale and thats saying a lot because she is always the hottest character. 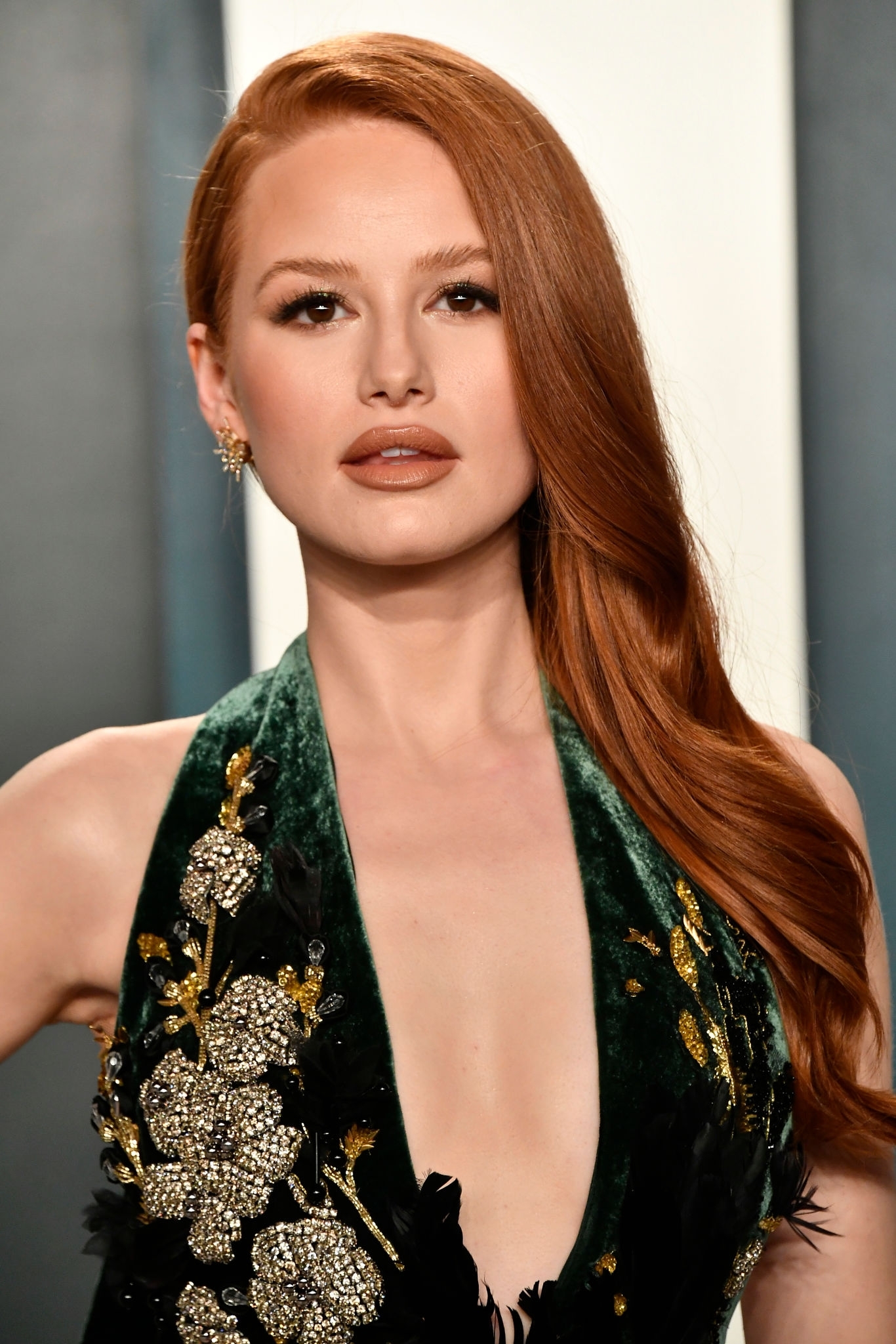 Guess the Summer Butts! and Other Fine Things!