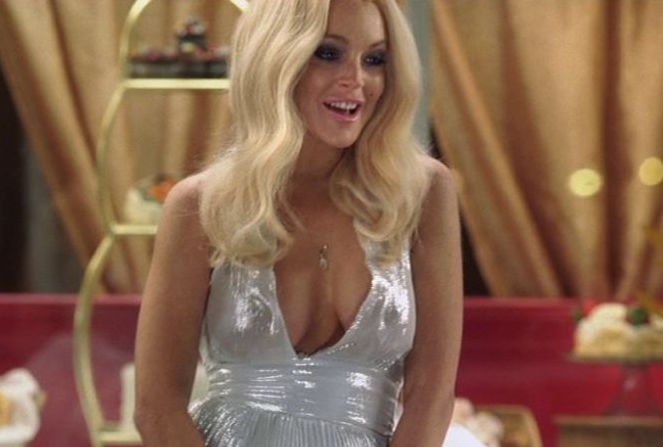 Believing that Lindsay Lohan has the wherewithal to be funny is like gathering around a Furby and waiting for a gut-busting standup routine. But people seem to have faith in the resilience of the human spirit - and the innards of one's brain after being liquefied from years of drugs - and are contributing Lohan's new pithy 'tude to her and not whoever has their hand up her dummy cooch at the moment.

Lohan is the proud spokesperson for Lawyers.com, and in announcing her tenure at the prestigious institution, released a self-referential video stating:

When Lawyer.com first reached out to me, I was confused and a little scared because I thought I was in trouble. But when they asked me to be their spokesperson, I was intrigued. After meeting with the team, I realized Lawyer.com is just about helping people. From getting a DUI — let's not pretend I didn't get one, or two, or three or some others — it's so simple and it's free.

Hey, @realDonaldTrump heard you need a lawyer... at https://t.co/SgYUZfUxuO we are always here for everyone ;)

Hey, @realDonaldTrump heard you need a lawyer... at Lawyer.com  we are always here for everyone ;)

From a business and PR perspective, this is a good tweet. We're writing about it after all. But those thinking that Lohan is taking a droll, subtle jab at the president are about as adorably disabled as her. A writer at the NY Daily News stated:

Lindsay Lohan embraced her inner "Mean Girl" with a jab at President Trump that was inspired by a struggle she knows all too well: legal drama. The actress — who's fully embracing her role as spokesperson for Lawyer.com — offered the commander-in-chief some unsolicited legal advice on Twitter Wednesday, regardless of whether anyone was asking for it.

Have some goddamn dignity. Trump is on the lookout for a replacement for his personal lawyer John Dowd, who resigned after representing the president in the Russian investigation. If Trump is able to carve out some time in between his busy schedule of jacking off to his daughters' high school yearbook photos and watching his svelt 239-pounds self in news clips, he might actually respond to Lohan's tweet. In which case I'll know that this country's heading in the right direction.

Cara Delevingne in Her Panties for PRIDE!

Lili Reinhart Has Her Head in the Clouds!