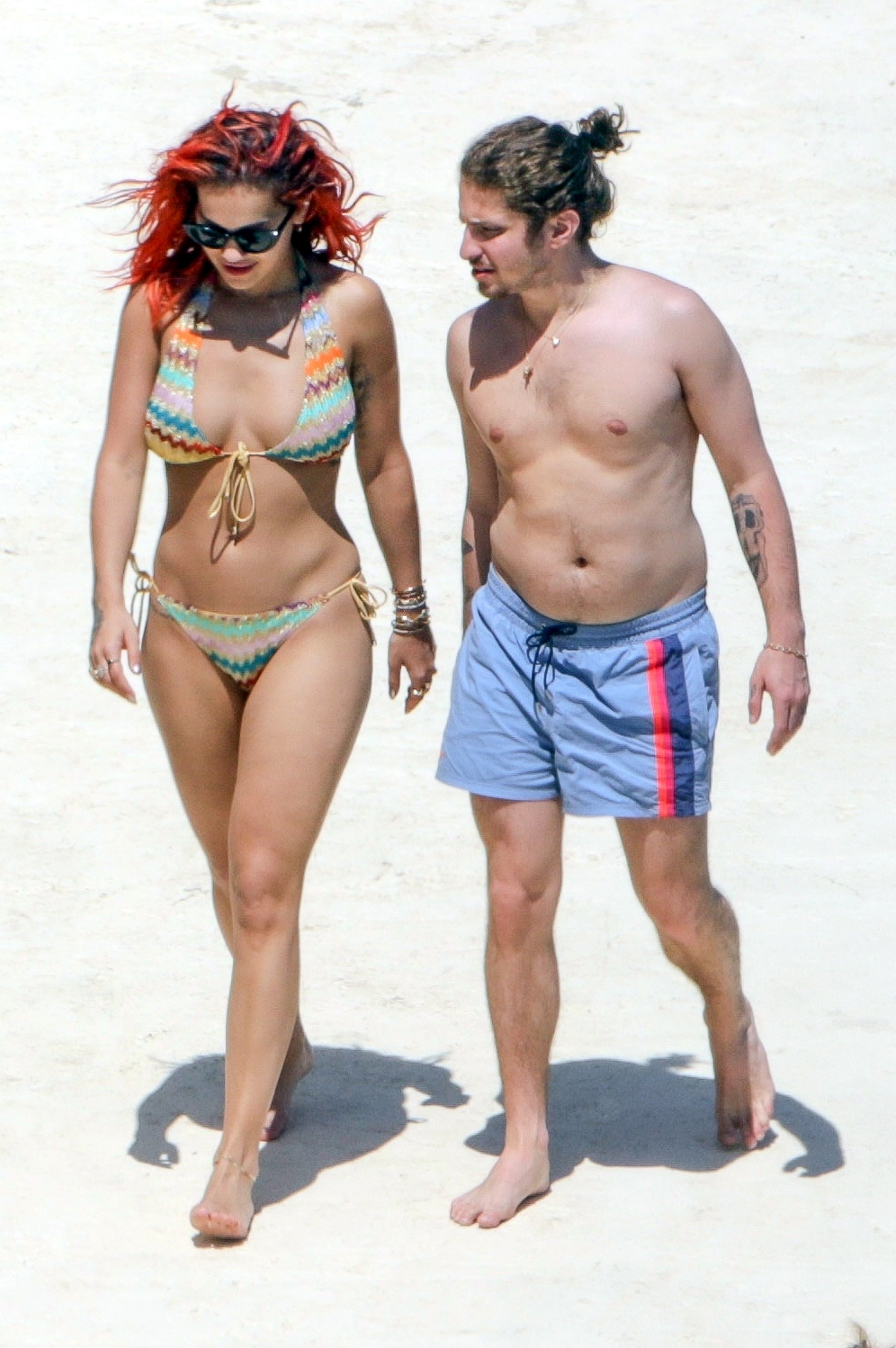 It has come to my attention via cyberbullying that people think I'm a women h8er for only making fun of stupid heifers like Icky Azalea, and I just want to say that this could not be further from the truth. I'm also a man h8er, so to prove that I'm a piece of shit through and through, let's body shame Slime-A-Rita Ora's boyfriend Andrew Watt. And if you don't like body shaming people on the Internet in general, you're pretty much missing the point of the web. Porn and body shaming. Throw in some slut shaming and I'll need a damn cigarette.

The two were photographed putting their inexplicable romance on display in Tuscany, and while the bangable Ora looked like she's aware of things like diet and exercise, her beau apparently never got the memo. The hot girl / ugly boy romance is a tale as old as time, and it was never previously more epitomized than a plot line on King of Queens that involved Kevin James' character telling Leah Remini's character that she could lose some weight. Pot calling the ketal fat. Courtney Thorne-Smith was newly deprogrammed from the Ally McBeal sexy bulimia cult when audiences saw her snuggle up to Jim Belushi on According to Jim. Not saying that being forced by McBeal producer David E. Kelley to be bulimic was a good thing, but, it wasn't a bad thing. Oh darn. I'm doing it again.

Well, Watt's weight distribution is pretty much as unsightly as it can get for a man. Even if he loses the pounds, his skin will still droop like the belly of an old cat. So either Ora has as little respect for herself as we have for her music, or she's a fat fucker, or maybe she's just a body positive icon for porking someone who could wow party guests with a dead-on truffle shuffle. Fat slob. Dumb whore. Okay bye.

J.Lo Gets Towed and Other Fine Things!