Kendall Jenner was the butt of a lot of jokes this summer after making herself a snack during one of The Kardashian's episodes on their new Hulu series. The reality star proved to audiences that she has literally never cut a cucumber in her life, doing a really weird maneuver as she sliced the vegetable. 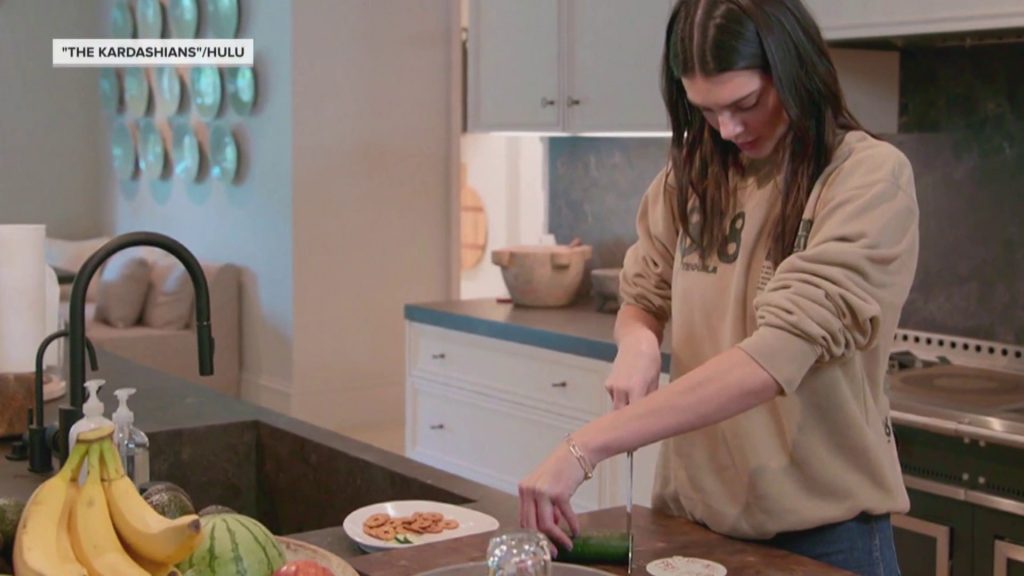 This week Kendall's sister Kylie appeared on Vogue's YouTube channel alongside their mother Kris, making a simple pasta dinner together. When it came time to cut the zucchini, Kylie asked her momager for permission to copy Kendall's cutting skills.

Watch the full video below to see how Kris and Kylie like their martini's and keep watching to see how they put their last few braincells together and whip up a vegetable pasta dish!