Kylie Jenner Does Her Best Version of Elvira!

Kylie Jenner stunned her fans last week when's he debuted an early Halloween look, dressing up in custom Jean Paul Gaultier for her 'Bride of Frankenstein' costume which had her stripping down and posing bottomless for some of the shots.

Kylie debuted her next costume which has her channeling the iconic Elvira. The reality star put on a big mullet wig and a thong bodysuit and posed for the cameras's. Kylie has already started calling herself "Kyvira" which might just be a nickname that sticks!

It looks like Kylie is trying to win Halloween this year and just shared a third costume to her Instagram, an alien fighting space warrior who wears red latex and a blonde wig! See more from Kylie's Halloween in the gallery! 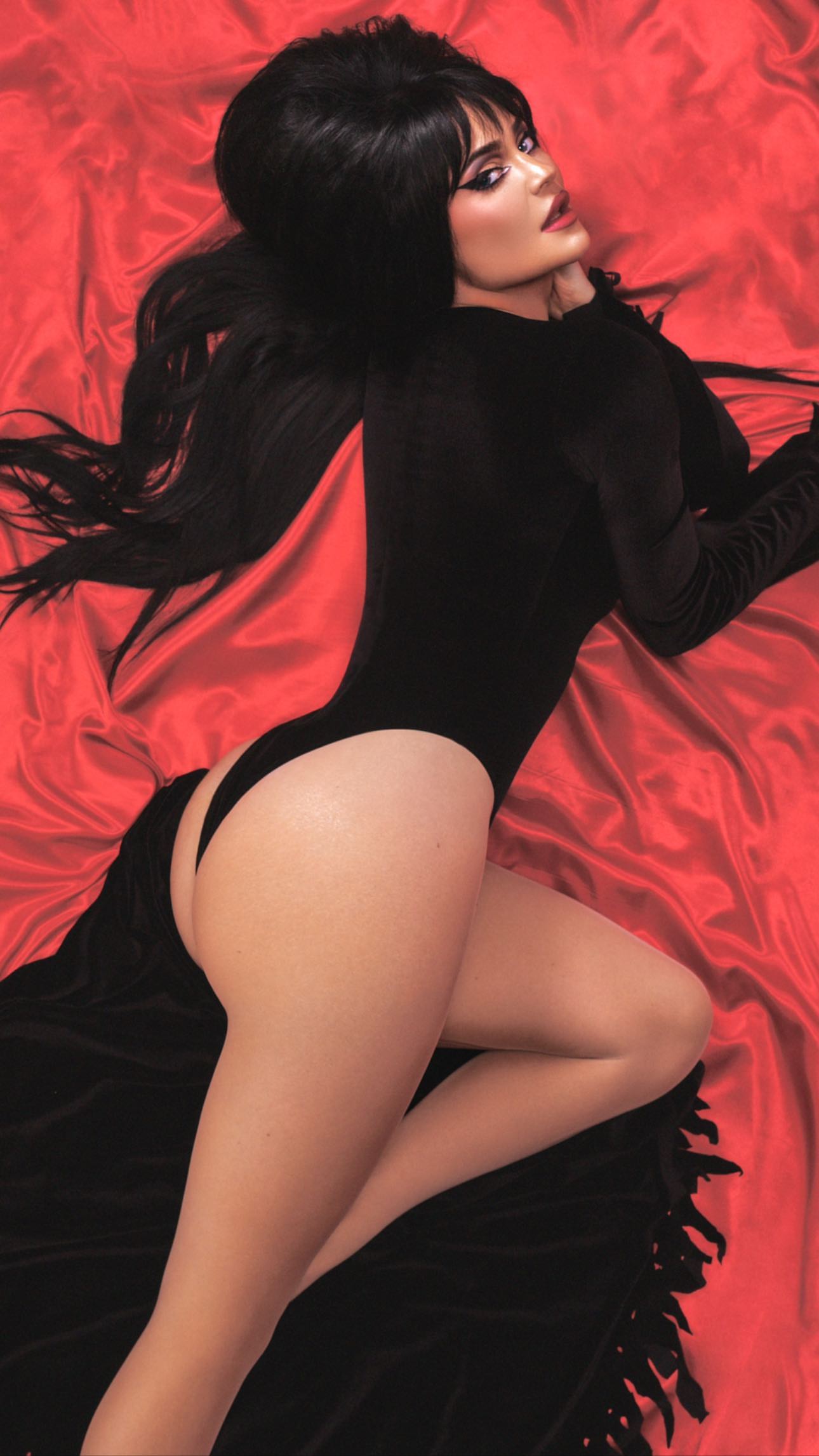