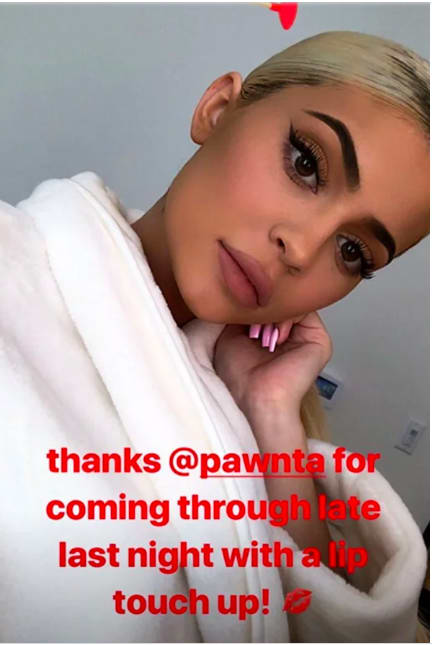 Kylie Jenner is pretending that she was ever actually off of lip fillers, and people care, because a Jenndashian could buy a potted plant and the world would have a meltdown. Was it a succulent? Does that mean they're moving to an arid climate? Is the next prostitute baby going to be named Mexico? Are they feuding with a Mexican? Do the Jenndashians have beef with Oscar De La Hoya? But perpetuating inane Jenndashian gossip is why I get paid literally tens of dollars a day and have exclusive discounted access to a dimly-lit gym that served as the filming location for Saw, so here we go.

In July Jenner - famous for the engorged labia lips that helped launch her multi-million dollar Lip Kit empire - posted a photo of herself in which she claimed she her lips were no longer pumped full of off-brand Mexican Gak. People hailed the move as a return to Jenner's wholesome family roots. You know her childhood was like Little House on the Prairie. But with black dicks everywhere. Since then Jenner has posted numerous photos featuring lips that looked suspiciously botched. Could be an illusion thanks to overdrawn lipstick. Could be Gak. Now, in an Instagram Story #AD for a cosmetic surgeon, she's officially announcing a return to looking like a really hot forty-five-year-old. Or a twenty-one-year-old who's seen some shit. And I stan.