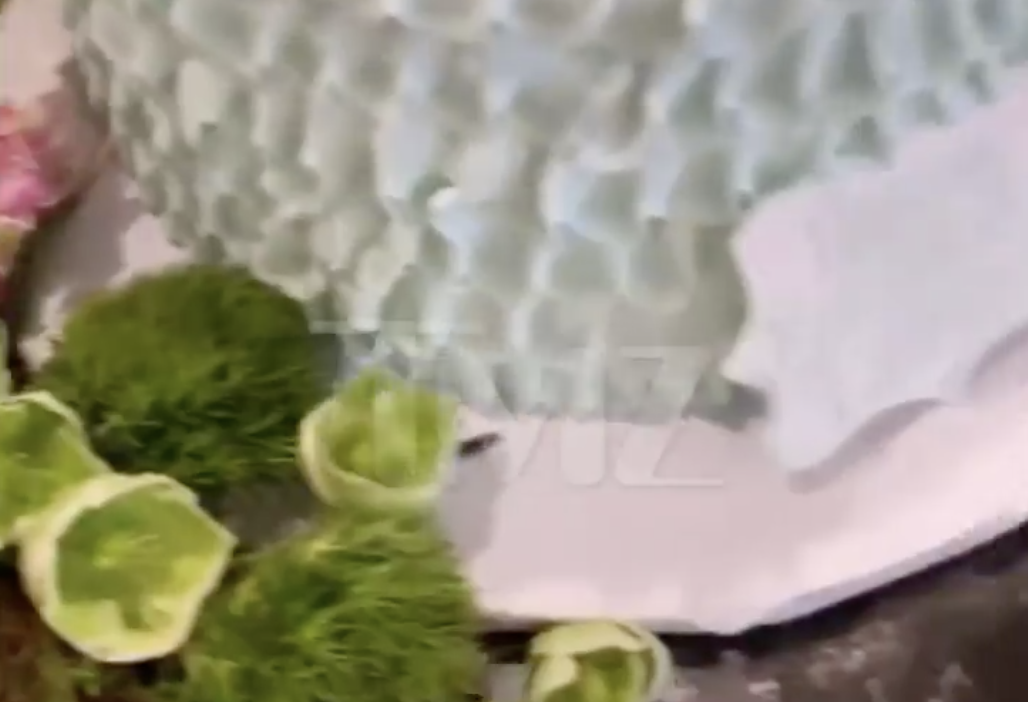 I found this story while flipping through People Magazine on the treadmill at the gym last night. My life is fucking spiraling. Needless to say as I saw it in print, this cockroach in the cake story is old news, but it's poetically indicative of the Jenndashians' lives at large. And also just kinda of funny. Kylie Jenner was filming the lavish and gaudy as hell spread for Dream Kardashian's (Blac Chyna and Rob Kardashian's ball of shame) second birthday party. But under the glitz, glamour, and massive amounts of calories that the Jenndashians later that night had sucked out of their guts and injected into their faces, lies something more insidious. Cockroaches.

We see one crawling around a cake in the video. And this is one of those little German cockroaches. There's never just one. The fake news is saying that the cockroach could have been shipped in with all this shit on the table. That's why it's called fake news. While the Jenndashians project vast wealth and take conspicuous consumption to heights that would make Candy Spelling nauseous, underneath it all, they're all piles of garbage. And now we have the cockroaches to prove it.