Kim Kardashian was feeling incredible and decided to show off her body in a series of new photos she shot while knee deep in the ocean.

The reality TV star put on a pair of white bikini bottoms for the shot, which ended up being totally see through when they got wet. She also wore a white 'The Incredibles' t-shirt for the shot.

Kim has often been compared to the mom from the movie The Incredibles, based on her tiny waist and big booty. Even her ex-husband Kanye West has made comments about the movie, saying that his wife's reality show is just like the movie.

Some people are taking Kim's choice of shirt as a nod to her ex, but we're undecided on that. See more Kim in the gallery and watch the infamous Kanye clip below for reference! 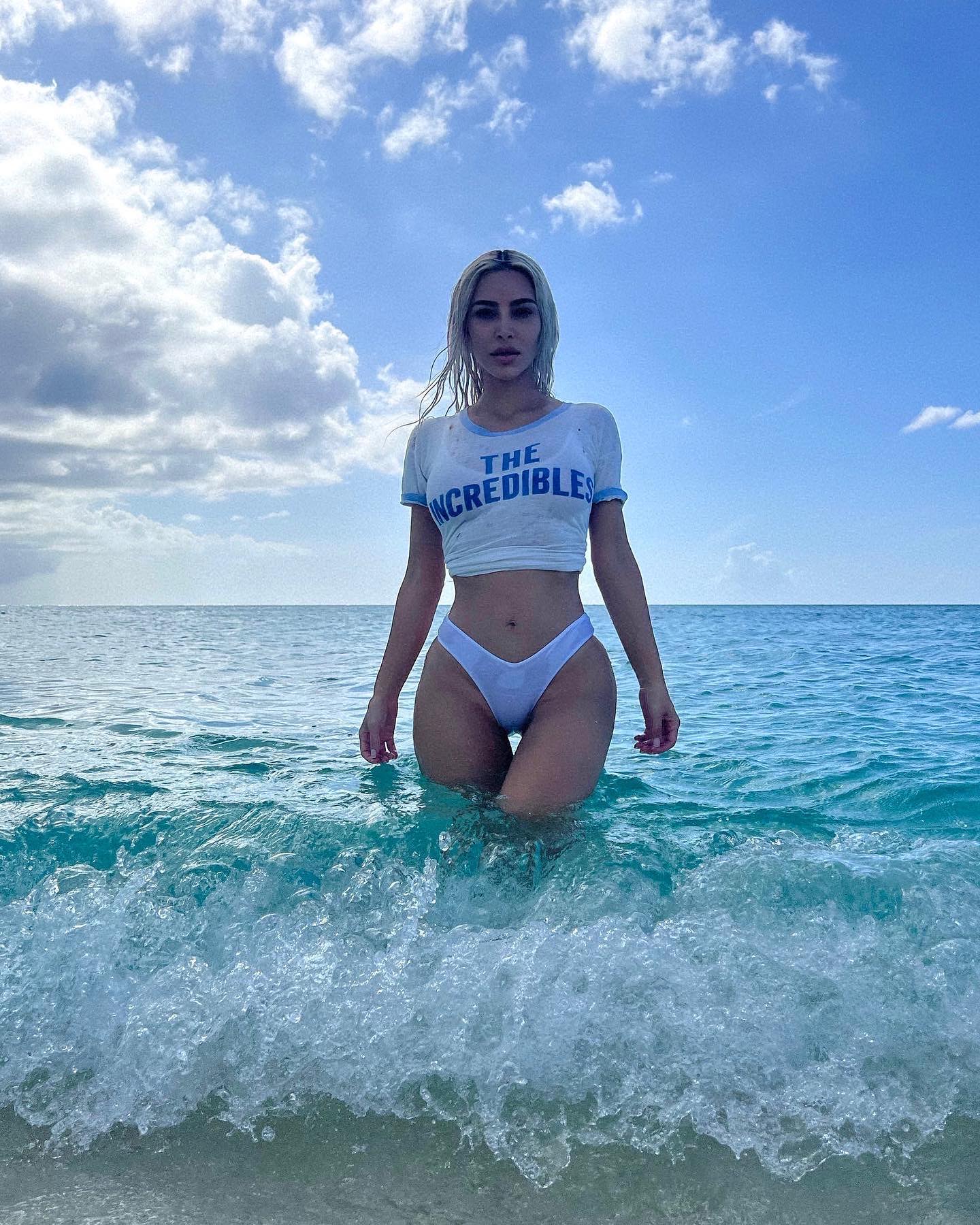 Ariana Grande in the Studio!

J.Lo Drops a New Song – And All her Clothes! and Other Fine Things!