Last night's Catholic-themed Met Gala brought together all types of celebrities looking all kinds of delusional in their religious-inspired garb, but no one, and I do mean no one, looked like more of a jackass than Katy Perry. The event that was all but created specifically so that Kevin Spacey could finally bring along his ten-year-old boyfriends to a red carpet and blend in could have been interpreted in many creative ways. But I don't need to tell you that the words "Katy Perry" and "creative" are about as disparate as "Katy Perry" and "likeable in any capacity" and she flew into last night's Met Gala in a 90's Las Vegas angel showgirl costume for the failed production of Jesus Christ: Striptease. She looked, insane.

What made Perry's failed attempt at couture even more hilarious is the fact that her grand entrance in the back of a vintage convertible was stalled, literally, when the vehicle broke down and Perry had to awkwardly stand there looking completely alone and tragic in her giant winged disaster. We would know without a doubt that there was a God if Perry then had to shuffle through the NYC subway in that thing to get to the Met Gala, but the vehicle started after a couple attempts and she continued her sad one-woman parade. Now fly away forever Perry. 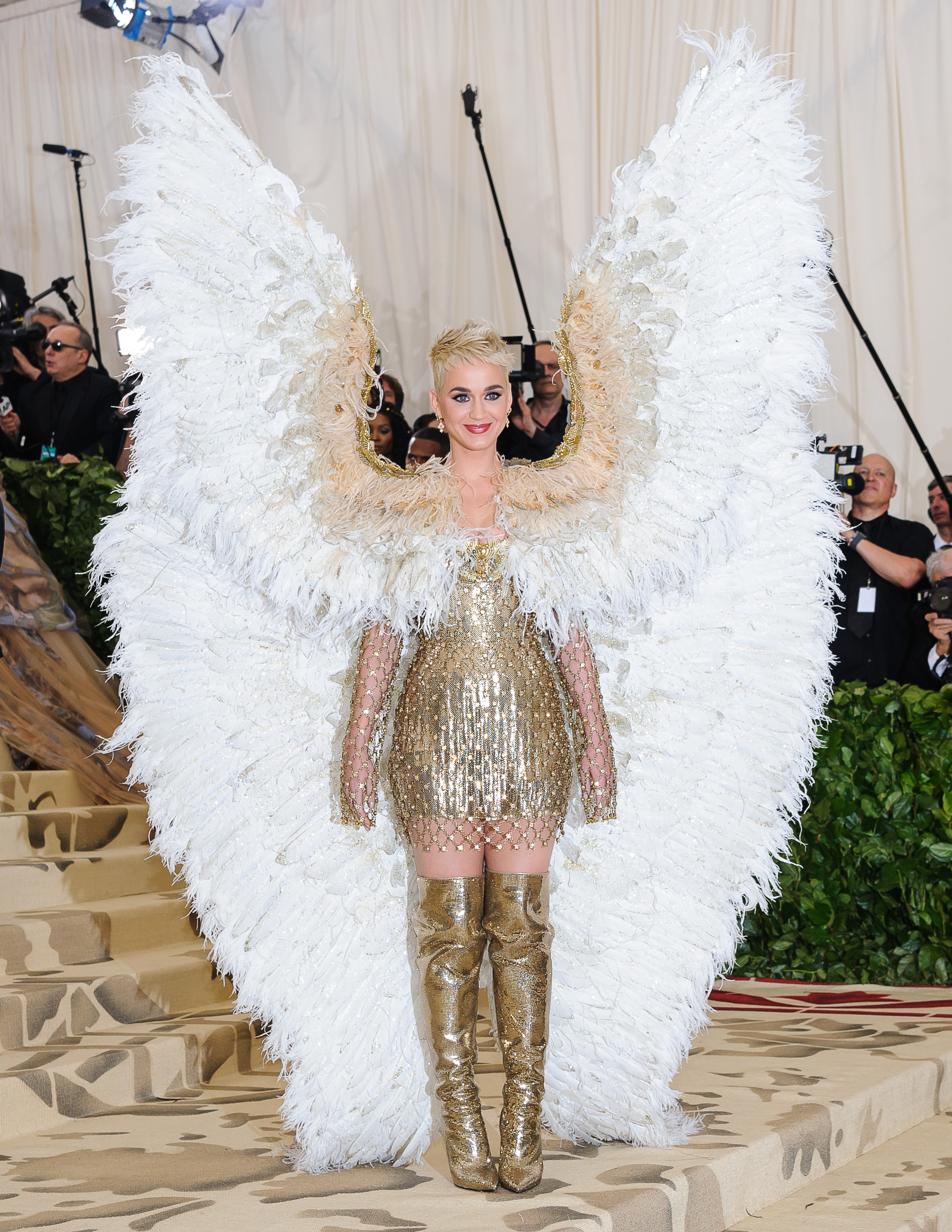