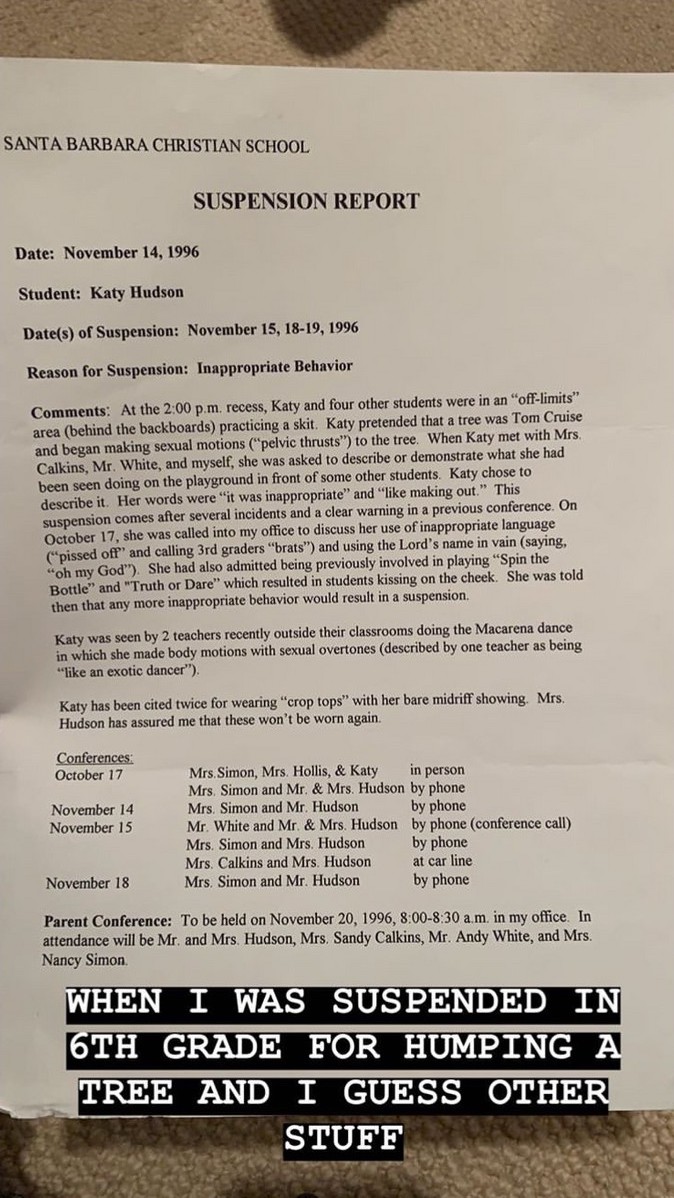 It's moments like these that make you wonder what might have been had Katy Perry not transitioned into Ellen for her 2017 woke Witness reinvention. Back in her heyday, she was irreverent and weird and funny. Yet still hot. And with those big tits. She was actually the chick who could hang. Her long-gone coolness is exemplified by the new knowledge that when Perry was in 6th grade, she was suspended for pretending that a tree was Tom Cruise and humping it in front of her friends. The 1996 suspension letter Perry shared on her Instagram Story states:

At the 2:00pm recess, Katy and four other students were in an ‘off-limits’ area (behind the backboards) practicing a skit. Katy pretended that a tree was Tom Cruise and began making sexual motions (‘pelvic thrusts’) to the tree. When Katy met with [her teachers] she was asked to describe or demonstrate what she had been seen doing in the playground in front of some other students. Katy chose to describe it. Her words were ‘it was inappropriate’ and ‘like making out.'

Picture the group of girls in 6th grade who would hump trees. They were cool. Just fucking admit it. And Perry remained cool until, again, she was body snatched by Ellen in 2017. What might have been.