Josie Canseco recently jetted off to Mexico with Modelist magazine to shoot some branded content with a handful of other models. While she was down on the trip, Josie ended up making friends with actress Anne Winter, which gave us fans a fun look at what these two got up to after work (it involved smoking joints on their balcony).

Josie has just released a short video she filmed while on location for something called Pixie Beauty. Watch Josie freshen up with her beauty products just after getting out of the pool and see some more Josie updates in the gallery! 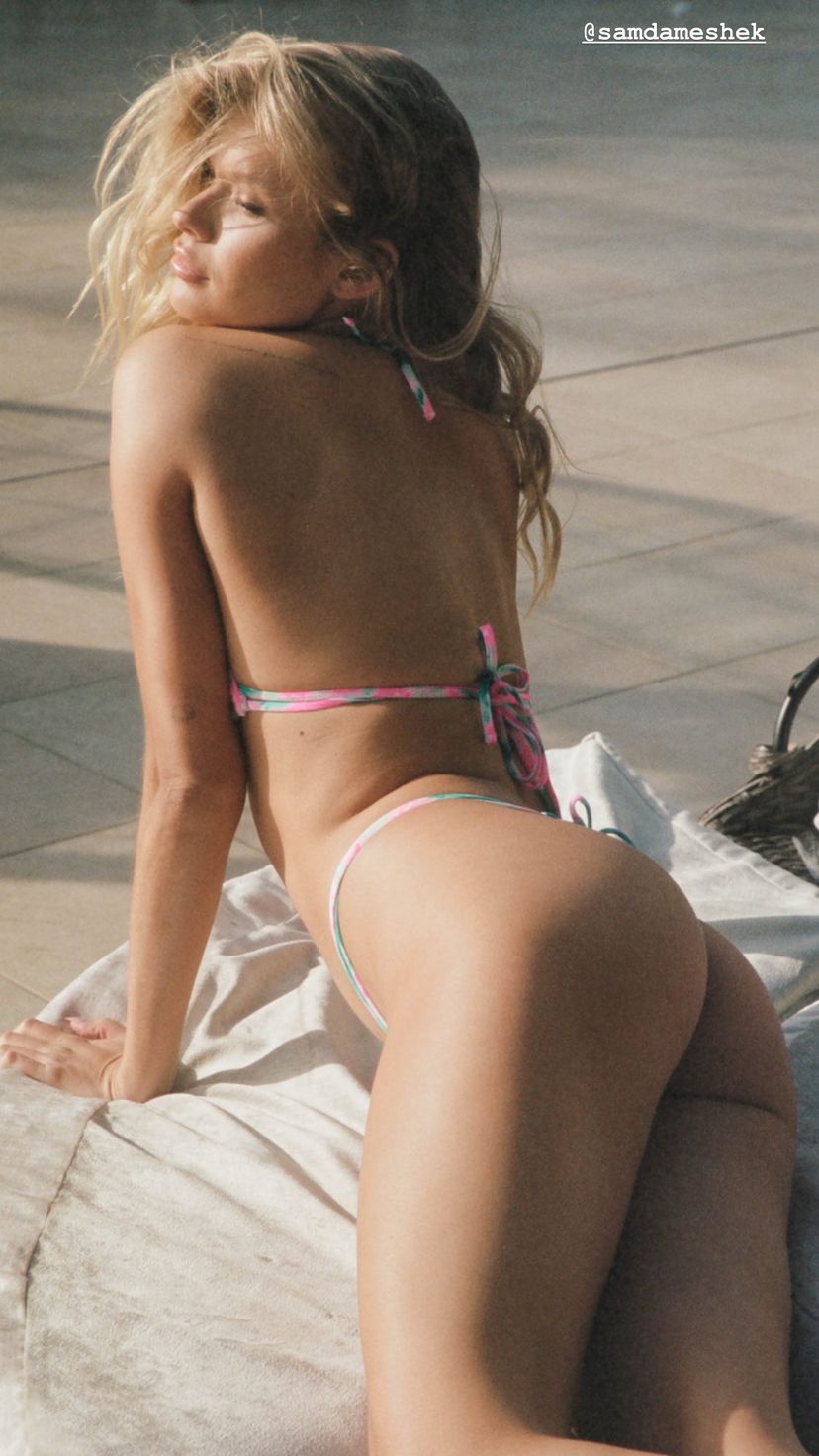