Johnny Depp Back On His Feet 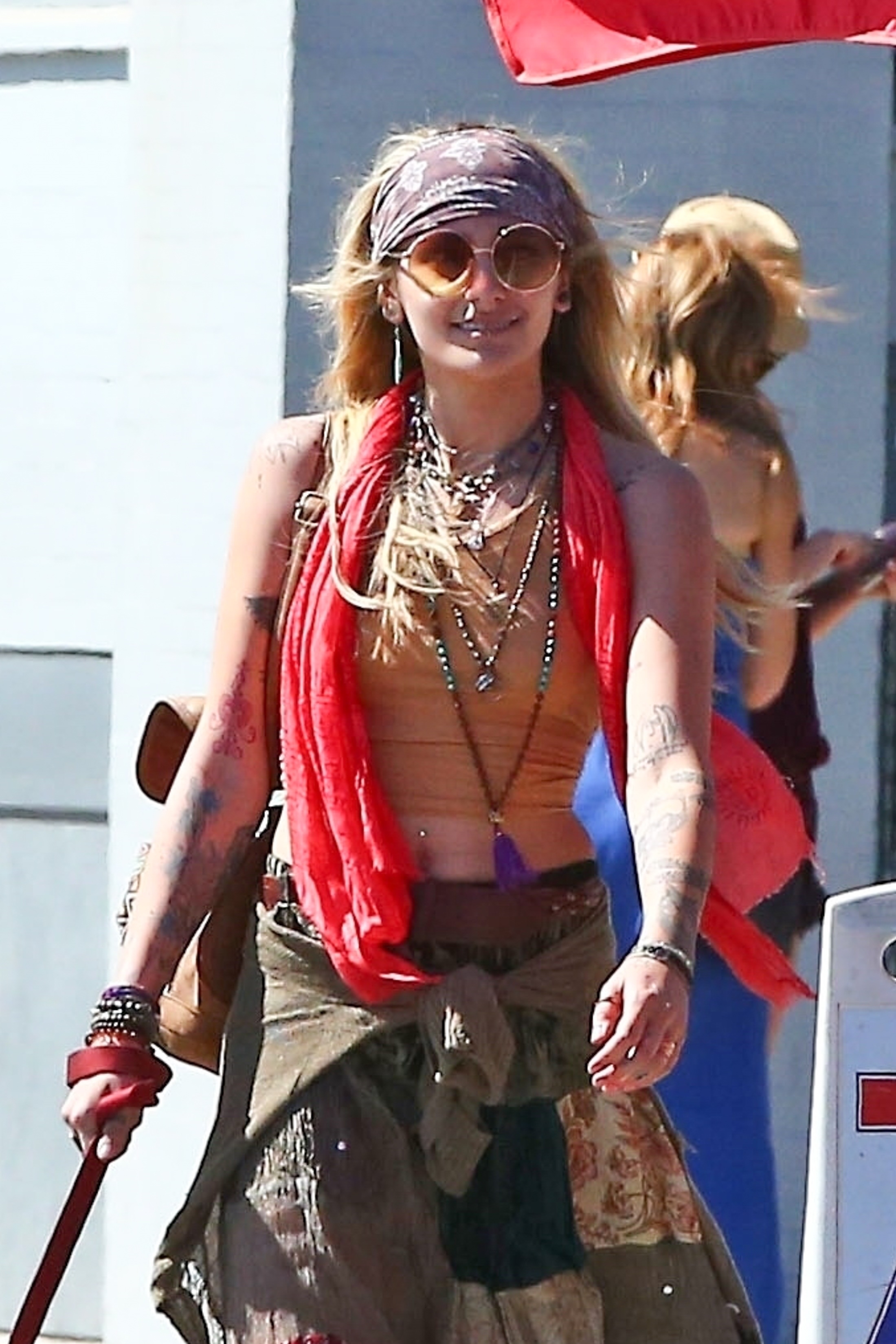 These pap pictures are either of Johnny Depp not looking like he's about to die, or Paris Jackson looking like someone should kill her, but reports are stating that we are indeed seeing the latter. Black Panther herself looked like a Pirates of the Caribbean-themed Anthropologie display while doing a ho stroll in Venice Beach with her dog. Jackson will be the first to tell you that being black isn't easy, and apparently, neither is being stylish.

At twenty-years-old, Jackson can get away with dressing horribly and calling it a ~look~. If she tries this again in ten years she can make a buck by telling peoples' fortunes or by letting kids get their picture taken with Jack Sparrow himself. What I can't help but wonder is if, as Jackson is obviously a proud African American, if dressing like a forty-year-old white woman trying to dress like a seventeen-year-old white girl trying to dress like Vanessa Hudgens at Coachella isn't cultural appropriation. Not really the PC police over here, but, this is triggering. Oh wait, scratch everything, I think this is actually Johnny Depp.

How Many Licks Does it Take?