Joey King is saying goodbye to the last instalment of her movie The Kissing Booth. The first film in the trilogy was released back in 2018 and also stars Kaia Gerber's potential boyfriend and Euphoria star Jacob Elordi. Somewhere between 2018 and now the cast got together to film two more movies, with the third and final instalment coming out on August 11.

Joey did her thing and shot a new press photoshoot for her Instagram where she wore a baby pink dress, you can see it all in the gallery. If you're a fan of the movie, the cast will be getting together for a "for the fans" livestream this Saturday! 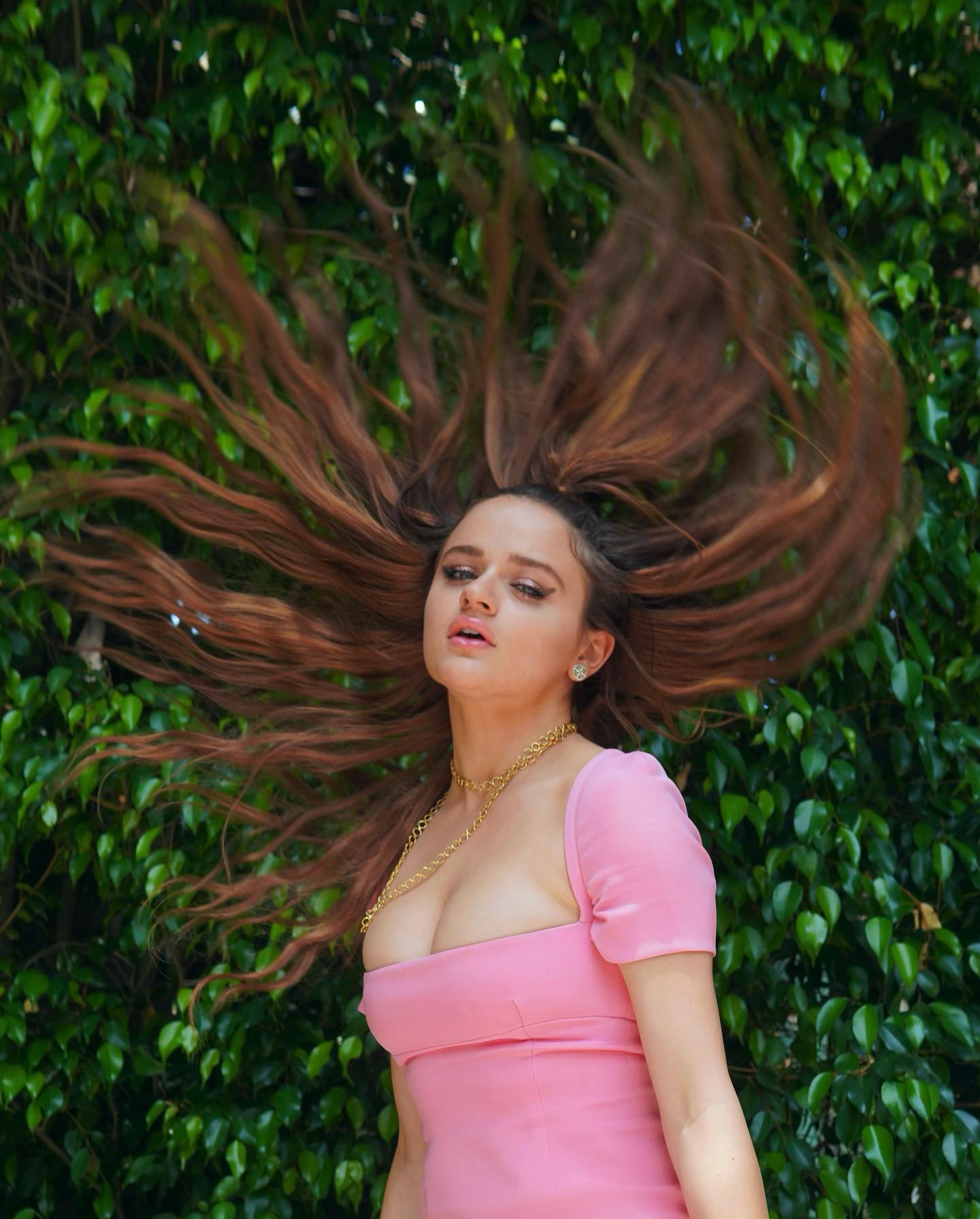