I’m not the biggest fan of Janelle Monae because she was rude to a friend of mine, so that tainted my opinion of her. I also didn’t love her whole look consisting of white dress shirts and black suits and stuff and found it kinda lame and anime, not that anime is lame but that look was kinda trash. Anyway Variety magazine has been speaking with women in the entertainment industry who are using their voices to speak up for worthy causes. We all know Janelle Monae has been vocal about supporting the LGBTQ community so they spoke to her about what she’s been up to and included a photoshoot that shows us one thing, yellow is Janelle’s color!

Janelle is starring in the new horror film called Antebellum where she plays a successful author who finds herself trapped in a nightmarish reality and must find a way to break free from the horrors. The movie is proceed by the same guys who did GET OUT and US so it’s sure to be creepy. Here’s the trailer! 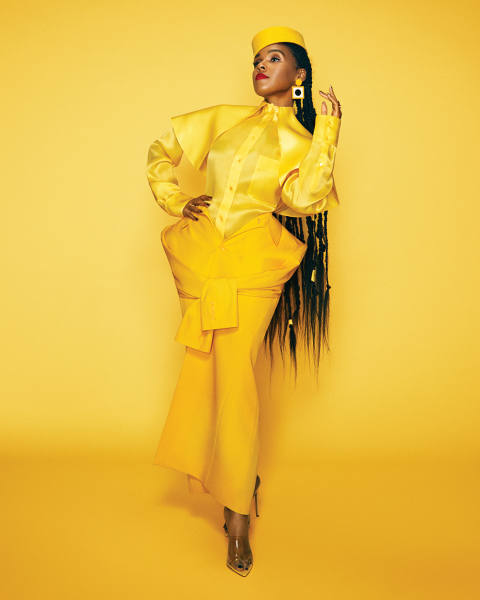