Rumor has it that Kendall Jenner has been secretly working on her own Tequila brand that could potentially be called 818, after the reality stars home of Calabasas area code. The rumors started swirling after Kendall shared some photos of herself on a recent vacation in Mexico, with a bottle of something carefully placed in frame of the photo.

The writing on the bottle looks bootleg so it's for sure some sort of sample. The plot thickens when someone revealed that they saw Kendall visiting an area outside of Guadalajara that is known to be the tequila capital, before spending some down time at her villa.

So Kendall might be dropping a new tequila brand in the future, until then here are some more of her vacation pics with sister Kylie! 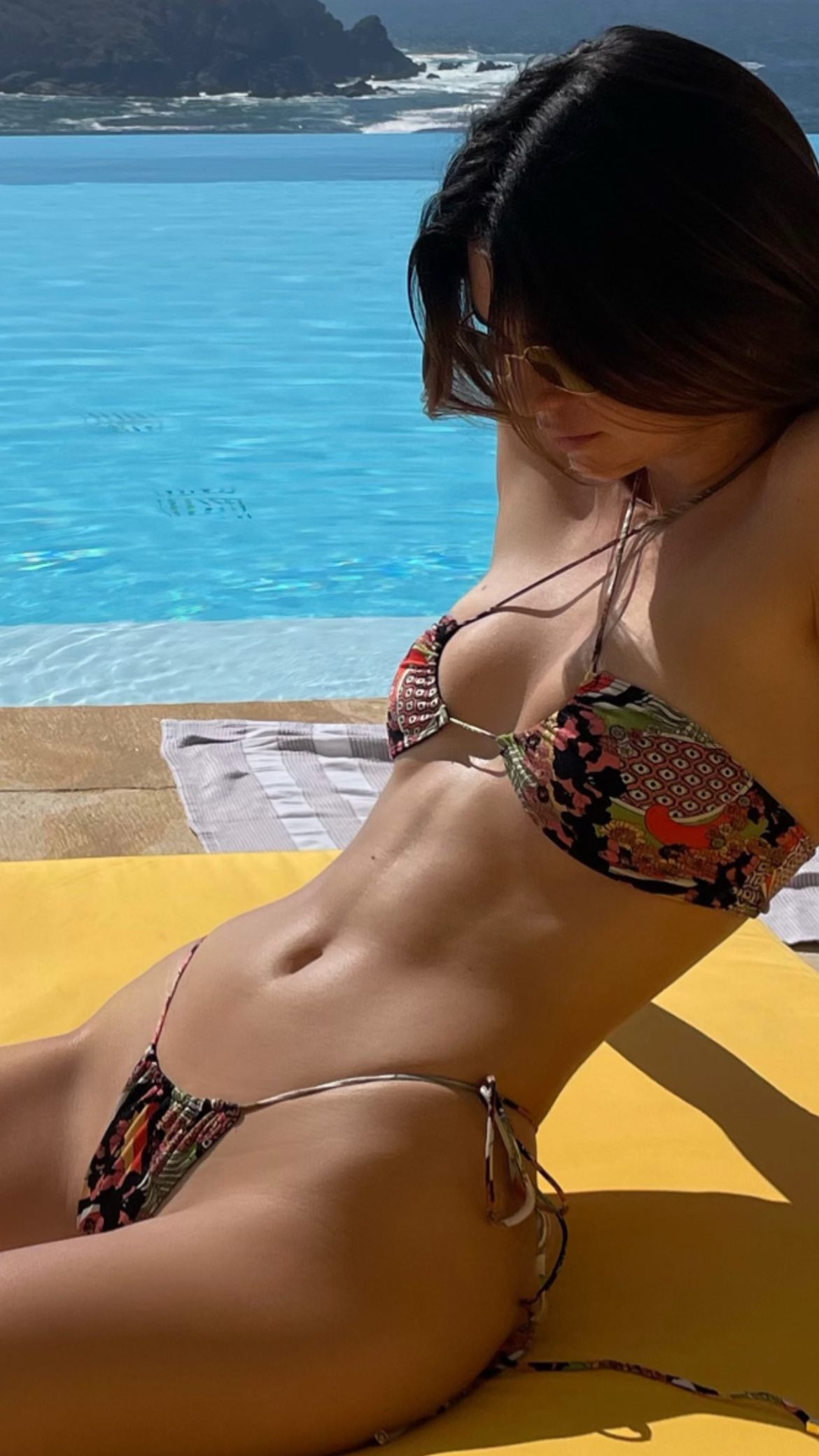