Ivy Dupler has voiced a wide range of video game characters, from the cybernetic detective protagonist in Whispers of a Machine to a nightmare dragon in Unavowed to a vampire magician in the upcoming Nighthawks: The Vampire. She’s a voiceover actor on the rise, and she spoke with me about her craft.

How do you approach a video game role?

I always start by trying to empathize with the character in some way, so I can make a personal connection and bring my experiences to the role. I’ve never been a hungry nightmare dragon forced to stay awake or an augmented homicide detective with a holographic boyfriend. But I have been so sleep-deprived that I was ready to just completely snap, and I’ve also experienced what it feels like to have a loved one remain just outside of your grasp. It’s all about finding that connection and translating it into an impactful performance.

Do you get to collaborate on the characters or writing at all?

Voiceover recording is absolutely a collaborative process. The best directors are the ones who let you try all sorts of different things in the booth and allow you to get creative, to really make the role your own. The biggest thing to remember is that everyone at the session — the director, the engineer, the actor, etc. — wants the same thing: to get the very best performance possible.

How hard is it to perform with other characters when you're actually alone in the booth?

It’s definitely one of those things that gets a lot easier with practice! Observations and environment quips — you know, like the lines that a player character says out loud to themselves when you click on an item or hot spot — are some of my favorite things to voice. You learn to rely on your imagination for those, especially when you’re given limited context regarding the actual final visuals.

Fight scenes and death screams are always fun too, though the hardest thing about them is not accidentally damaging your voice! 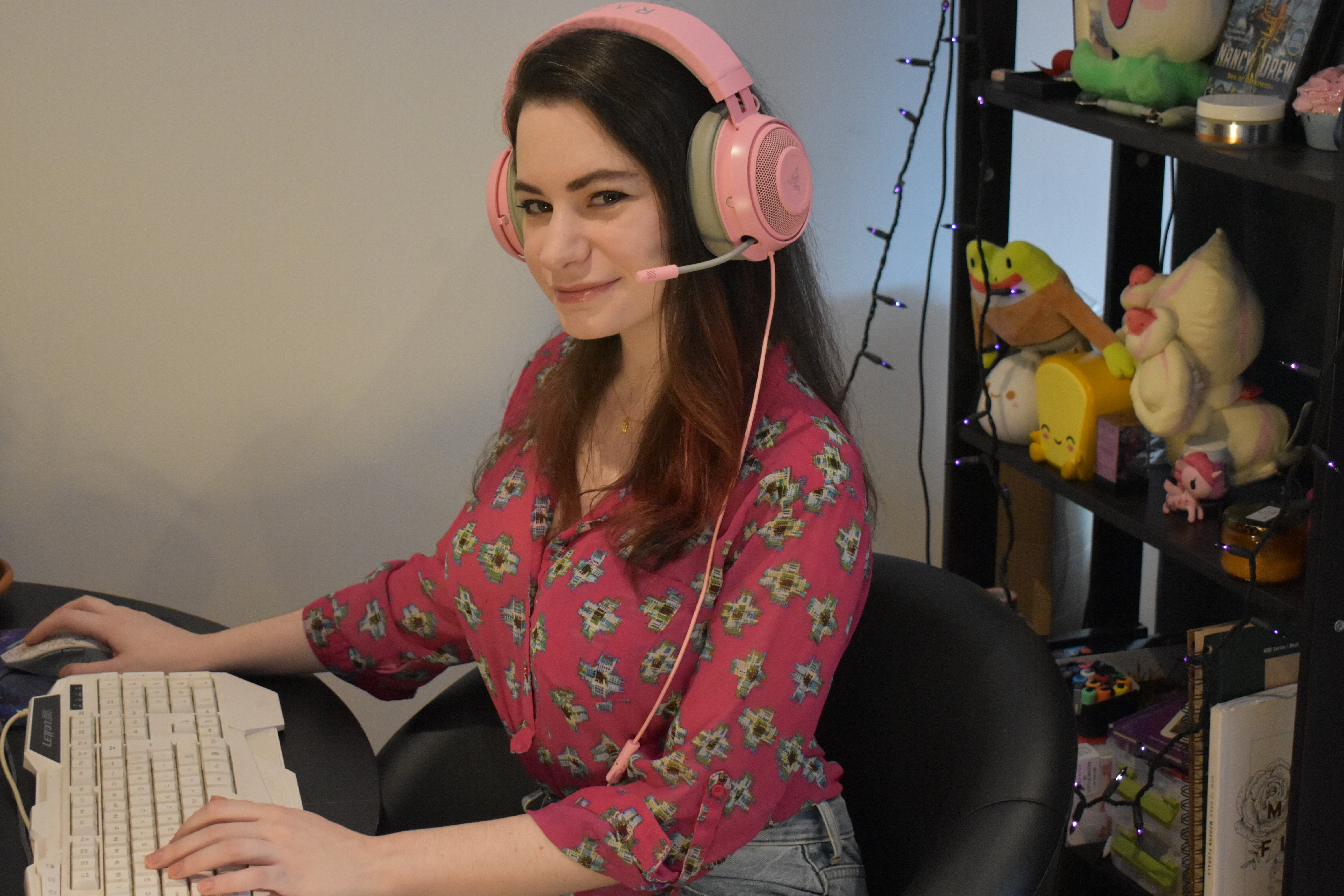 What has your favorite role been so far?

Voicing non-human characters is always a blast: I’ve been a dragon, an elf, several robots, and a trio of creepy skulls who speak primarily in rhyme, to name a few. Roles like that can really push you when it comes to finding that personal emotional connection, which is always a fun challenge as an actor. That being said, my favorite roles are always the ones that are the most complex, with tons of emotional depth that allows me to show off multiple facets of the character.

What is your favorite video game to play?

Well, my absolute favorite game of all time is BioShock. The worldbuilding, the aesthetics, the gameplay, the performances — it truly has it all. I really love games that have strong narratives. I’m also an avid Overwatch player! I’m a platinum-ranked support player primarily, but I’d still consider Mei my main. I actually stream regularly on Twitch, and usually play adventure games on my channel — sometimes including games that I voice characters in!

Have you cosplayed any video game characters?

Yep! I’ve cosplayed as Lara Croft and Elizabeth from BioShock: Infinite (specifically her outfit from the Burial at Sea DLC). I’ve also completed the nerdiest of all voice actor goals by cosplaying a character that I voiced. I promised on Twitter that if the Kickstarter campaign for Nighthawks reached $100,000, I would cosplay my character, and sure enough, the goal was reached.

You can follow Ivy on Twitch and Twitter, and listen for her work in games, commercials, and animated series.

Jason Ginsburg has fond memories of the Atari 2600 he played as a child. He’s a digital producer for streaming television and lives in New York City. Follow him on Twitter @Ginsburg.

Wanda Icardi in the Shower is an Early Christmas Gift!