Insane Tit Flopping McDonalds Smackdown That Will Make Your Day 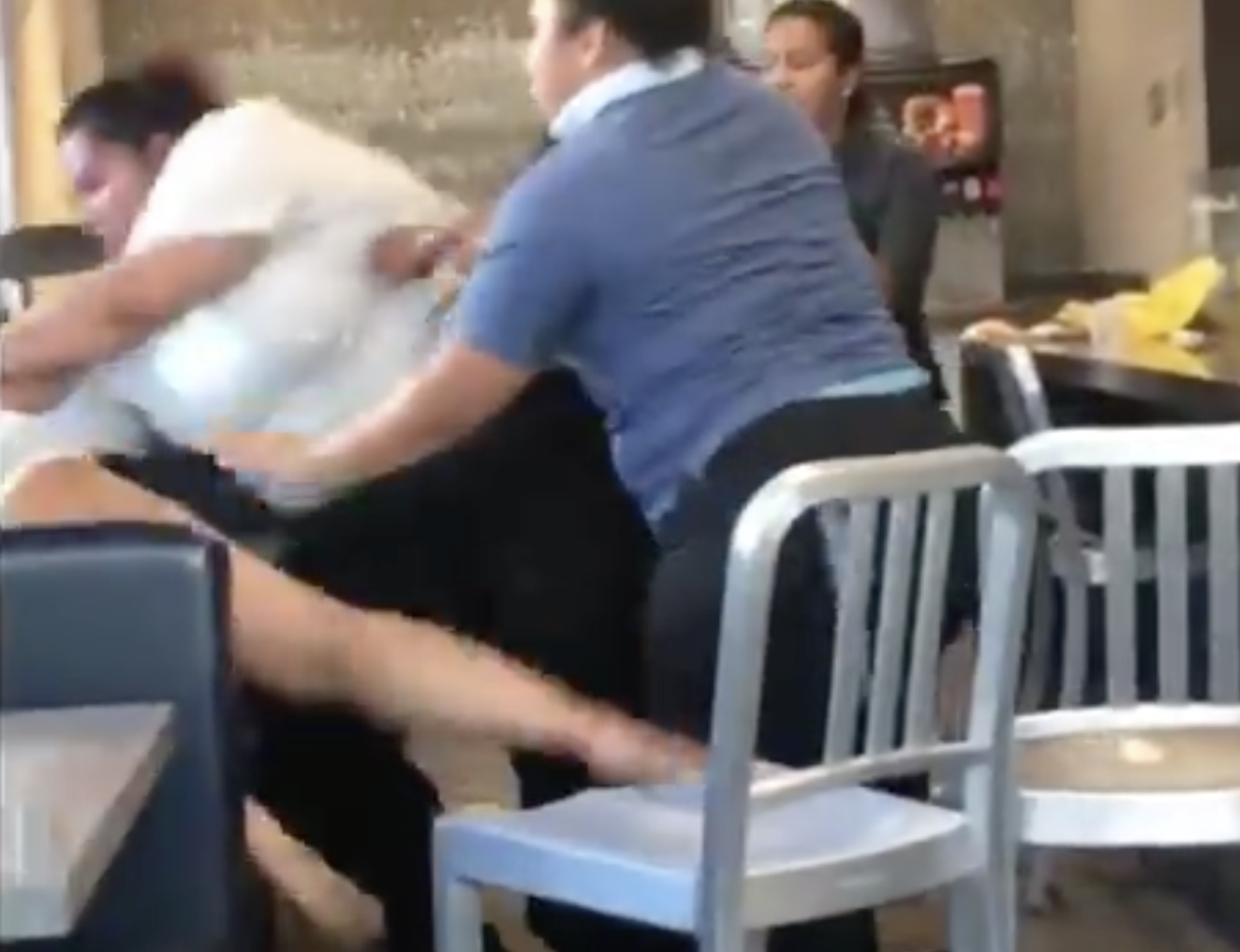 Today we're not so much as stopping to smell the roses as we are stopping to watch an immensely trashy McDonald's smackdown between a freeloading customer and some pissed off employees. But roses and human garbage are really two sides of the same coin. In these crazy times we need to slow down and just appreciate the blessings that surround us. Like camera phones and people with nothing to live for.

Apparently this smackdown happened because the chick getting her tits handed to her was using a water cup to sneak fountain drinks. All employers should be so lucky as to have loyal Thing on their side, because between her and the other employee, they really mess the chick up. When men fight it's because they have something to prove. When women fight it's because they want to kill each other. There's some pixelated floppy tit action, so you'll have to hit the NSFW-ish link to check out one of the simpler pleasures in life. Fast food fight!

SMS Fails of the Week: Bleeding Bottoms, Eating Skanks, and Goldfinches in Your Hair

Alexis Ren James Bondin’ It and Crap Around the Web